The Tao of Politics Anthology 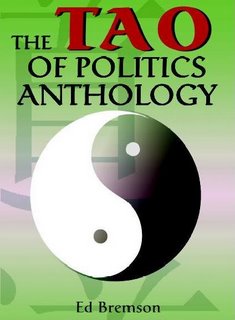 When I began blogging, I didn’t know anyone online outside of my adoptive parent’s circle. Ed Bremsom was the one of the first new bloggers I “met” after launching this site. He recently asked me if I would read his new book. Would I? I jumped at the chance! Ed is one of my favorite philosophers, a mixture of intelligence, simplicity, and kindness. That adds up to wisdom in my eyes. What I received in the mail was The Tao of Politics Anthology. Anthology? Bonus! This book is the combination of three of Ed’s previous books, The Tao of George Bush, The Tao of Red States and Blue States, and The Tao of Politics, plus the brand new Tao of America. So if you have ever considered buying on we of those, now you don’t have to decide which, just get the anthology. So I began at the beginning, The Tao of George Bush.

I had no idea.

Ed, you didn’t tell me it was funny! The premise is that George Bush is learning philosophy from the Tao Te Ching. His notes (in red) in response to various points of the Tao Te Ching (in italics) are downright... poetic.

Clay is fashioned into vessels; but it is in their hollowness that their use depends.

Empty space can be very useful.
A pot is useful because its empty.
A door is useful when its open.
A room depends on the empty space within.
To be a room.
Remember that
The next time you're
Criticizing me.

And I loved this zinger:

The sea is able to receive tribute from all the valley streams because it is lower than they.

There is a big difference
Between the Tao and me.

THE TAO OF RED STATES AND BLUE STATES

Inthe second book of this anythology, Ed goes all Zen on me. He tries to give a yin and yang for the different aspects of the last two presidential elections, but he cannot totally hide his leftward leanings... and I wouldn’t want him to. Convictions are convictions, even for someone who tries to see the two sides of the coin.

He even numbered each paragraph to link it with the corresponding To Te Ching passage. My favorite line is from paragraph 18.

Voters are free to be just as dumb or just as intelligent as they want to be.

This is not meant to knock anyone’s IQ. Whether you are informed on political issues is a personal choice. You can read, listen, and do the research, or you can vote for the candidate with the best smile. Your choice. That's freedom, no matter what the consequences.

The yin and yang lessons here hit me in a very personal way, because I’ve been struggling with a question of opposites in this last month. I can’t really explain the process, but reading this helped me understand how two opposites CAN coexist peacefully in the same world. Carville and Matalin. Dharma and Greg. Mutt and Jeff. Just kidding. As Ed says in paragraph 67, 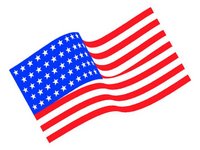 THE TAO OF POLITICS

This section follows the same format as the previous, with a broader focus on the entire political process in America. A passage that caught my attention makes up paragraph 32:

The relationship of Politics to Government
Is like that of sex to a large family
While some may consider the former to be dirty,
Yet we must engage in it in order
To ensure the existance of the latter.

Its a dirty job, but somebody’s gotta do it. Maybe. My family is the exception, Ed. The next verse is even better.

THE TAO OF AMERICA

This is the never-before-published material. Ed here is no longer following the Tao Te Ching format, but giving us his observations and opinions about our country. Its very apparent that Ed, despite the fact that he leans toward Asian philosophy and looks askance at our political process, really loves America. His many observations range from the proud

If there is a mysterious quality about America, perhaps it is the fierce patriotism of her citizens... Perhaps it is because of our fierce love of freedom and justice, our intense hatred of tyranny and injustice.

There is nothing that Americans like more than having some french fries in one hand, and the steering wheel in the other.

A lot of people might think that Americans are arrogant, and maybe we are. but thats alright... Americans often have good reasons to be that way.

to the just plain odd.

They take something that has no taste to begin with, add a bunch of flavors to it, and make it so cheap that anyone can afford to buy it. Now thats Democracy!

The Tao of Politics Anthology is not for political neophytes. Ed assumes the reader has some passing knowledge of the Republican-Democrat schism and what each party stands for. It would also help if you had some familiarity with Asian philosophy, but its not absolutely neccessary. Any political animal, or those who are seeking a unifying theory of different political views, will benefit from reading this. You’ll laugh at the first section, be forced to think during the middle sections, and swell with pride during the final section. At least I did.

You can purchase The Tao of Politics Anthology at this site. Its also available as an ebook at a bargain price. There is lots more info at Ed’s website, The Tao of Politics. You can also get any of the smaller books contained in the anthology, or The Tao of Love, a poetic look at love that made me cry in places. Ed, your wife was a lucky woman to have had this book written for her, and you are lucky to have had her inspire it. 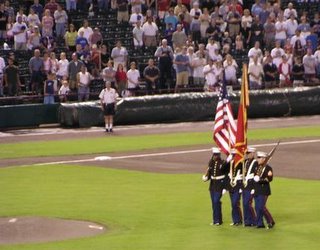 Thought for today: Nothing is more beautiful than watching and listening as a stand full of Americans cover their hearts and sing the National Anthem at a baseball game on a crisp October night. -Ed Bremson in The Tao of Politics Anthology

PS. Ed, the next time you give away a book you wrote, you could autograph it, ya know!

Amen to the thought of the day, the sight and song brings chills and a proudness to my heart.

A nice review of what sounds like an interesting book. I just feel that on the national level, my one vote really doesn't mean anything. Of course, if too many feel the same & don't vote because of it, then candidates are selected only by the zealots on one side or the other. Out Washington State 2004 Govenor election was decided by a difference of something like 175 votes out of a total of something close to two million cast. Sometimes voting can really make a difference.

I was kidding about the smoking. I quit "needing" a cigafoo about 50 days into the quit-time. Now I don't think about smoking except maybe once every 10 days or so; and then I don't "need" one -- I just think about it. So hang tough kid; you will be SO proud.

Thanks, y'all. Ed was too shy to post here, but I heard from him. I think he was pleased with the way I rippd his book apart!

The relationship of Politics to Government
Is like that of sex to a large family
...

I bought Ed's book almost as soon as the Anthology became available, yet haven't had the chance to do more than crack it for a peak. Your review is quite apt via Ed's bloggin' style, so I'm now sure the book will be exactly what I was hopin' and thinkin'; a very enjoyable read.

Just as soon as I get through another anticipated arrival which arrived at my door around the same time, and has intrigued me for the briefest flash o' unexpectated "fame" I've enjoyed from its publication: Dennett's Breaking the Spell. I've not had the honor to be personally asked to review Ed's book, but I hope to supply a good one for him anyhow.

Thanks again for an enjoyable review!