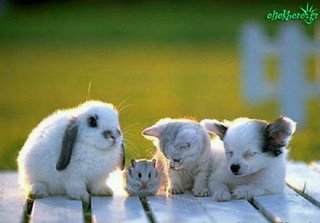 I’m working on some dog and cat posts, but the material is overwhelming, and they need to be edited down. Look for those in the next week or so. Along the way, some other animals got into the files. In real life, you’d just as soon avoid a lot of these creatures. On the net, they can be a lot of fun!

Control the Ants game. I hope you do better than I did! But it was fun anyway.

A little story about a goat who loves art.

The Seven Deadly Sinners have resurrected Cy the Cyclops Kitten again, after being approached about illustrating the Biblical application of Cy’s story.

How to tell if your cow has Mad Cow Disease.

The Draw A Pig Personality Test. Fun, especially when you get to go look at other people’s pigs! 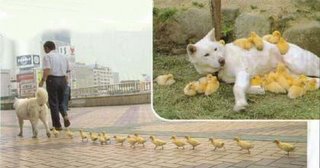 Patches, the unusual horse. Call the kids over for this one!

What would a Unicorn do? folder for sale.

The Squirrel Escape Game. Once I figured out how to do it, this was fun. The main character looks more like a cat than a squirrel to me.

A man and his Wife were driving home one very cold night when the wife asks her husband to stop the car. There was a baby skunk lying at the side of the road, And she got out to see if was still alive. 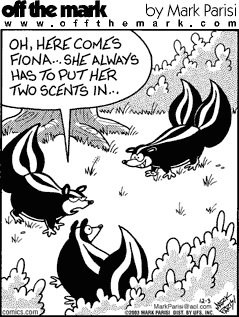 It was, And she said to her husband, "It's nearly frozen to death. Can we take it with us, get it warm, and let it go in the morning?"

"Where shall I put it to get it warm?"

He says "put it in between your legs. Its nice and warm there.

"But what about the smell?"

(The funeral is tomorrow)


Eat My Hamster is a new service that works a bit like Link Swarm or del.ici.ous, but limited to humor. You can post webpages to share, and rate other people’s submissions (rate mine highly, please). Then read the higher-rated sites. I think they dumped a lot of hampster links there just to get the ball rolling. Some are pretty good!

Hamster in a ball video.

How to turn your hamster into a fighting machine. 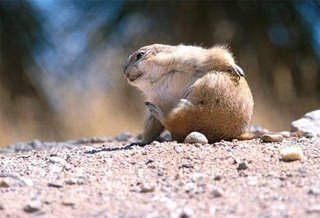 Hamster out of control.

Thought for today: Support bacteria, they're the only culture some people have.

I love this post. The first picture is just adorable.

Did you see the story at the Seven Deadly Sinners site about the cat that had a kitten that looked like a gerbil? So not believable.

The Boneless pig farmers ass'n was interesting. A good marketing angle for MacDonald's, similar to Burger Kings Chicken campaign last year. Good use of "viral marketing", a favorite lecture of mine when I used to teach college students.

Love the video of Patches and the raccoon is cute.

Sad about the flying cow, but what a headline!

Hamster out of control had me grinning, and I can't wait to show SaurKid the Hamster Dance.

I loved the big panel of cute animal pix. Thanks

LMAO ... your thought for today. I could have used that several times in the past few weeks.

Love all the animal links, too. Of course, I'd have one of each if I had the room (animals ... not links).

you are too cute!
love the pics

Dogs laying with baby chicks? I'm pretty sure that's supposed to be a sign of the End Days, biblically speaking.

Miss C, I have to tell you, I LOVE YOUR BLOG!

Oh Ms.C! Thankyou for adding Andy Goat to such a swanky blog. Best reference yet! Dan