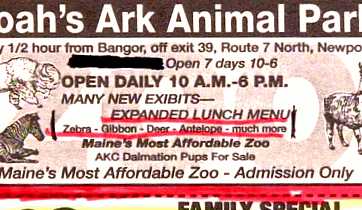 You knew it had to happen sooner or later. This Star Trek version of PSY's "Gangnam Style" is sung in the Klingon language. At least that's what they want you to think -I can't understand any of it. But the dance is just as goofy when non-terrans and Starfleet members do it! (via Geeks Are Sexy)

Are you on the prowl for the purr-fect pair of sunglasses for the Fall season? Now is the time to get in touch with your feline side with the very sassy Cat Sunglasses from the NeatoShop. These glasses are the cat's meow!

Be sure to check out the NeatoShop for more unusual Eyewear!

The characters of some of your favorite movies try to explain how time travel works. For them. You mileage, being in the real world, may vary. You'll find a list of the films used at Flavorwire.