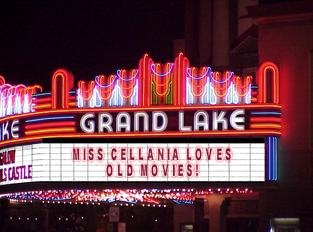 I love old movies! I kinda like new movies, too, except its hard to find time to watch them these days (I’m a single mother). I like the way a movie looks in black and white. So comforting, so cozy. If its in black and white, you know its good enough to stick around for a while. You know it probably made at least two or three runs in the theaters, years apart. You know it was not released straight to video.

I love sitting in the bed, munching on popcorn, and seeing a classic, like Fiddler on the Roof or West Side Story with my daughters. I would love even better to see Casablanca or Mr. Smith Goes to Washington with them, but they can’t seem to sit still for black and white (or in the case of Casablanca, sepia tones). The first time they saw The Wizard of Oz, we almost had to tie them down to get them through the first scenes. One of these days, they’ll discover what treasures they are missing.

Nosferatu. The 1922 movie. In its entirety, right here on your internet. 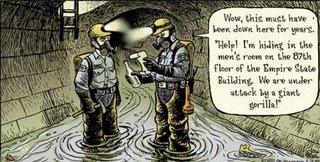 How old is an “old movie”? I guess it depends on how old YOU are!

Attention Busby Berkley fans! Auto Gene is a video of Singing in the Rain, performed by mechanical (not CG) umbrellas.

History Timeline based on the movies. This is wild! A definite bookmark for serious movie buffs.

Revisit those wonderful B movies at Brian’s Drive-In Theatre.

Awesome (and sometimes adult) movie posters at Schaukasten. (via Mamacita)


Things I Learned From Movies

1. If being chased through town, you can usually take cover in a passing St Patrick's Day parade - at any time of the year.

2. All beds have special L-shaped top sheets that reach up to armpit level on a woman but only waist level on the man lying beside her.

3. All grocery shopping bags contain at least one stick of French bread.

4. Once applied, lipstick will never rub off - even while scuba diving.

5. The ventilation system of any building is a perfect hiding place. No one will ever think of looking for you in there and you can travel to any other part of the building without difficulty.

6. Should you wish to pass yourself off as a German officer, it will not be necessary to speak the language. A German accent will do.

7. The Eiffel Tower can be seen from any window of any building in Paris.

8. A man will show no pain while taking the most ferocious beating but will wince when a woman tries to clean his wounds.

9. When paying for a taxi, never look at your wallet as you take out a note - just grab one at random and hand it over. It will always be the exact fare.

11. Mothers routinely cook eggs, bacon and waffles for their family every morning, even though the husband and children never have time to eat them.

12. Cars and trucks that crash will almost always burst into flames.

13. A single match will be sufficient to light up a room the size of a football stadium. 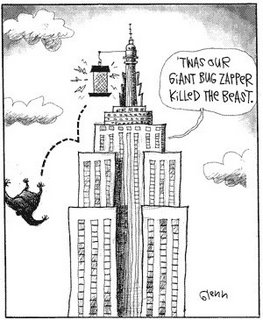 16. Any person waking from a nightmare will sit bolt upright and pant.

17. One man shooting at 20 men has a better chance of killing them all than 20 men firing at one.

18. Creepy music coming from a graveyard should always be closely investigated.

19. Most people keep a scrapbook of newspaper cuttings - especially if any of their family or friends has died in a strange boating accident.

20. It does not matter if you are heavily outnumbered in a fight involved martial arts - your enemies will wait patiently to attack you one by one by dancing around in a threatening manner until you have knocked out their predecessor.

21. During a very emotional confrontation, instead of facing the person you are speaking to, it is customary to stand behind them and talk to their back.

22. When you turn out the light to go to bed, everything in your room will still be clearly visible, just slightly bluish.

23. Dogs always know who's bad and will naturally bark at them.

24. When they are alone, all foreigners prefer to speak English to each other. 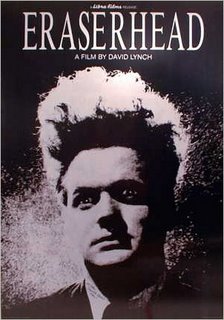 26. Having a job of any kind will make all fathers forget their son's eighth birthday.

27. Many musical instruments - especially wind instruments and accordions - can be played without moving the fingers.

28. All bombs are fitted with electronic timing devices with large red readouts so you know exactly when they're going to go off.

29. It is always possible to park directly outside the building you are visiting.

30. A detective can only solve a case once he has been suspended from duty.

31. If you decide to start dancing in the street, everyone you bump into will know all the steps.

What Classic Movie Are You?
personality tests by similarminds.com

Thought for today: All I want is a man with the morals of Atticus Finch, the heart of George Bailey, the charm of Indiana Jones, and who looks like Mad Max.

Hey Cellania, thanks for visiting my blog. I don't know how often I will be writing about fundamentalistism, but will alert you when the next one is published.

I have been trying to catch up with old movies, and just a week ago saw Mr. Smith Goes to Washington. That was outstanding. And I have The Fiddler On the Roof DVD, and can watch that thing a million times.

Now how can you talk about old movies without mentioning 12 Angry Man (1957)? Henry Fonda himself said that that was his best.

What's a black and white movie?!!!!
Sorry, hey, what great value was that post, while funny, everything in your list was so true. Another I noticed in American films is that you hardly saw a 'bathroom' and when you did they never called it a toilet (still don't!)
I remember really thinking that before I was born the world WAS black and white and asked my parents what it was like then! Couldn't blame me could ya.
Cheers and happy Easter

The list was funny! I've learned a lot of those things and some rang true to me (#15 LOL). I love old movies too, my favorites are Doris Day, Don Knotts, and old Disney movies. Some of the old black and whites are a hoot.

hi,
so funny, its great that you have so carefully noticed them...

I really love movies, and happen to have 'Nosferatu' on DVD. I have a couple of other silents. 'Faust' and 'Metropolis'

Remind me not to take another movie/personality test - it said I was "Apocalypse Now."

Carl, you have misquoted me. "If its in black and white, you know its good enough to stick around for a while." And I happen to have a copy of Plan 9 From Outer Space on DVD, to replace the video copy I had. I have not seen Glen or Glenda in its entirety, but I would love to if I got a chance. I also adore MST3K. So there!

Great. I probably shouldn't admit this, but I'm The Godfather. Where did I do wrong???

I loved the Jaws remake, and the Things I Learned From the Movies made me laugh hysterically!

I didn't misquote so much as chop your quote short ;-)

You forgot a real B&W treat - The Night of the Hunter.