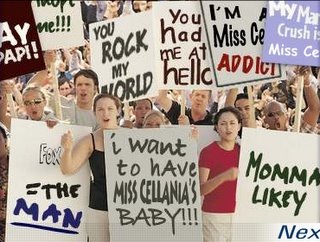 Nominations are closed, but voting is open through April 6th for the Sexiest Male Blogger at Best of Blogger. I found out about it when someone asked me to vote for Hoss, then Carl got a bit upset, and now I know several guys in the running. My solution is to vote early and often. After all, the next contest will be for Funniest Female Blogger, and I will need all the help I can get!

Mamacita has a short course on polygamy, with links. Be sure to check out the creepy Polygamy Personals.

What strange and foreign object can we stick a computer inside of today? Neatorama answered with the ultimate list of case mods. Fascinating. I most relate to the PC inside a coffeemaker. What’s more, Alex submitted this link to ME! I am ultimately flattered, because Neatorama is one of the 600 pound gorillas of the Blogosphere. Just a real cool site.

Guys, if you really want to know what a woman wants to hear from you, read this site. Especially the January 13th entry. I’d marry him myself if he weren’t so young. BUT if you want to know how to BE a real man (which is altogether more important), see what Joel says about it.

Blog of the day: Useless Advice from Useless Men. Very descriptive title. So many men, so little utility.

Neatorama has the answer to the age-old question, how did all those Jackasses get to California?

Real things people said that are funnier than anything we can make up.

1950s anti-gay film warning boys of the dangers of homosexuals who are “sick” and “contagious”.

Take the Senses Challenge. I got half of them right.

OK guys, quick! Try to think about anything but sex!

A little game of Grab Ass.

Top 87 Bad Predictions of the Future. Yeah, rock and roll will be gone by June 1955. 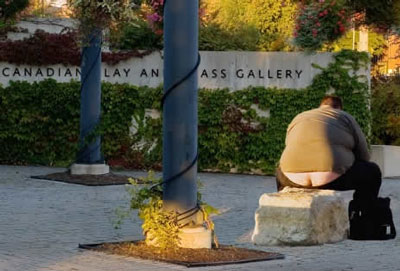 I find this composition delightful on many levels.

In Jerusalem, a journalist heard about a very old Jewish man who had been going to the Wailing Wall to pray, twice a day, everyday, for a long, long time. So, the reporter went to check it out. She went to the Wailing Wall and there was the old man, walking slowly up to the holy site. She watched him pray, and after about 45 minutes, when he turned to leave, using a cane in a very slow fashion, she approached him for an interview. "I'm a reporter, and I'd like to ask how long you've been coming to the Wailing Wall and praying?"

"Sixty years? That's amazing! What do you pray for?" asked the reporter.

"How do you feel after doing this for 60 years?" asked the journalist.

The essay generator. Don’t let my kids see this, or else they will NEVER do any more school papers themselves!

Another free dating site, Google Romance. Everybody wants to get into the act!

Plot your religious beliefs by taking the Belief-O-Matic test. (Thanks, Ed!)

My results (no surprises here): 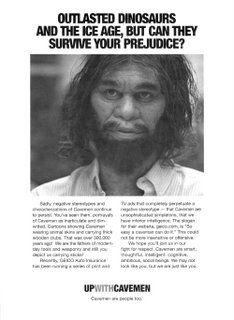 Ed Schneider goes for a physical. All of his tests come back with
normal results. The doctor says, "Ed everything looks great. How are you doing mentally and emotionally? Are you at peace with God?"

A little later in the day, the doctor calls Tootie, Ed's wife. 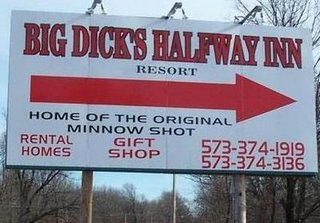 
Tricks of the Trade. Advice from professionals on all kinds of different things. You can submit your professional tricks, also! 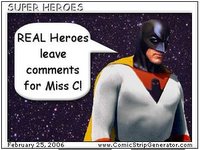 The Black-Eyed Peas featuring George Bush in My Slump, a video from Mad TV.

Thought for today: Wanting to be someone else is a waste of the person you are -Kurt Cobain

There's just so much happenin' here I don't know what to comment on!!!!

MissC, you are completely amazing. I completely agree with Peter, but have to say I like the Halfway Inn sign, a whole lot. It's always a pleasure to take a little stoll on your blog! :)

Ms. C. ~ Loved the quote at the top of the blog! I could use that same quote almost EVERYDAY for you! I don't really know how you find the time to gather all of the stuff. I hope you win the "World's FUNNIEST Blog" competition someday. No one does more for blogosphere humor than YOU! ~ jb///

It's raining, no yardwork for me today. The house is also all clean, and the shopping is done.

What else can I do but spend a lazy Sunday here at Miss Cellania's place! I dare not do it on a work day... I'd get nothing done!

Is there some sort of blog magnetisum I wonder, I had come back next day to browse some more when your comment to holtieshouse came in, I am amazed at how often this happens... Just Sayin'....

Sophmom, good to see you here! Thank you!

JB, you're just itchin to get a new quote up there, aren't you? Remember, the Funniest Female Blogger vote starts sometime this month!

RisibleGirl, I love the way you used the religion quiz on your site.

Peter, I have The Sight. I know way many things more than I tell.

Very nice! I found a place where you can
make some nice extra cash secret shopping. Just go to the site below
and put in your zip to see what's available in your area.
I made over $900 last month having fun!
make extra money

Very nice! I found a place where you can
make some nice extra cash secret shopping. Just go to the site below
and put in your zip to see what's available in your area.
I made over $900 last month having fun!
make extra money