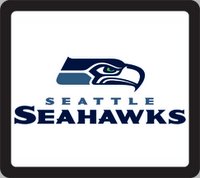 There’s a big football game on tomorrow. Its a REALLY BIG football game. No, your team isn’t playing, but you’ll watch it anyway because its the ONLY game on, and the LAST game of the season. After that, its arena football (yeah, right). The Superbowl moved to February because there really aren’t enough holidays in February. Superbowl Sunday is still not an official holiday; if it were, it’d be moved to the nearest Monday. We treat it just like most other holidays, with parties, too much food a 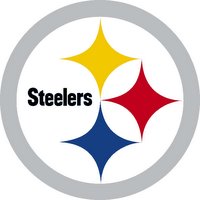 nd drink, and water-cooler talk the next day. At my workplace, the talk will be about the ads. Sure, we have sports fans, but their teams aren’t playing either. My boss says Pittsburgh has to win. What if Seattle wins? He says thats just wrong. Seattle is a frou-frou town. Lets all say that together... "frou-frou". He went on to talk about Pittsburg and the city's rough image and the football tradition, yada yada blah blah blah.. OK, lets have some jokes.

There’s an ecard for everything. Here’s my Superbowl greeting!

A man had 50 yard line tickets for the Super Bowl. As he sits down, a man comes down and asked the man if anyone is sitting in the seat next to him.
"No", he said, "the seat is empty".
"This is incredible", said the man. "Who in their right mind would have a seat like this for the Super Bowl , the biggest sport event in the world, and not use it ?"

Somberly, the man says, "Well... the seat actually belongs to me. I was supposed to come here with my wife, but she passed away. This is the first Super Bowl we have not been together since we got married in 1967."

"Oh I'm sorry to hear that. That's terrible. But couldn't you find someone else - a friend or relative or even a neighbor to take the seat?"

The man shakes his head, "No. They're all at the funeral." 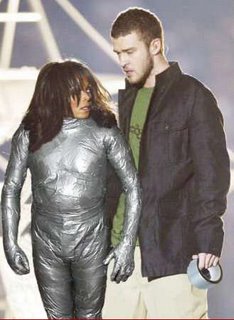 "That ain't gonna happen this year!"

(more proof that duct tape can fix anything)

I received a forward about the city of Detroit welcoming the hordes for the Superbowl. To see how accurate this is, I ran it by my friend Wendy, who added her own point of view.

1. First, you must learn to pronounce the city name. It's Deh-troit. NOT DEE-troit. If you pronounce it DEE-Troit then we will assume you are from Toledo and here for the country Music hoe-down.

NO, WE"LL THINK YOUR SOME DUMB UNEDUCATED HICK FROM THE SOUTH WHOSE PARENTS WERE FIRST COUSINS.

2. Forget the traffic rules you learned elsewhere. Detroit has its own version of traffic rules... Hit the gas, hold on and pray!

TOTALLY NOT TRUE. UNLIKE MOST OTHER CITIES, TURN SIGNALS ARE NOT OPTIONAL EQUIPMENT ON OUR CARS.

LIKE THE DRUNKS COMING FOR THE SUPERBOWL ARE GOING TO HAVE TO WORRY ABOUT RUSH HOUR?

BUT IN THE EVENT THAT THEY CARE, IT STARTS AT ABOUT 6:45 AND ENDS AROUND 8:30. IT STARTS UP AGAIN AROUND 3;50 AND ENDS ABOUT 7. THE EXPRESSWAYS ARE ALL PRETTY CLEAR UNLESS SOME ASSHOLE FROM OUT OF TOWN WHO DOESN'T KNOW WHERE THEY ARE GOING DECIDES TO BACK UP ON THE LODGE BECAUSE HE MISSED HIS TURN OFF TO THE STADIUM. I"M NOT KIDDING.

4. If you actually stop at a yellow light, you will be rear-ended,cussed out and possibly shot. If you're first off the starting line when the light turns green, count to five before going across the intersection. This will avoid getting in the way of cross-traffic who just ran their yellow light to keep from getting shot.

NOT TRUE. THIS ONLY HAPPENS IF YOU DON'T MOVE IMMEDIATELY AFTER THE LIGHT TURNS GREEN.

5. Schoenherr can ONLY be properly pronounced by a native of the Detroit metro area. That goes for Gratiot too.

THIS IS TRUE. HA HA HA! AND I"M NOT TELLING YOU HOW TO PRONOUNCE EITHER OF THEM!

TRAFFIC CONSTRUCTION IS A CONSTANT ON 1-75 ONLY.

7. If someone actually has their turn signal on, it is probably a factory defect or they are "out-of-towners"

SEE MY RESPONSE TO QUESTION 2. REMEMBER, THE SUPERBOWL IS BEING HELD IN DETROIT .. NOT LOS ANGELES.

8. All old men (or women) with white hair wearing a hat have total right-of-way.

FALSE. WE DON'T LET THEM DRIVE HERE. IF THEY ARE, IT'S BECAUSE THEY ARE SOME FRIGGIN' OUT OF TOWNER. 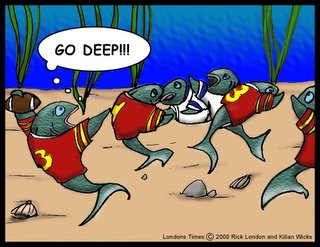 9. The minimum acceptable speed on I-696 and I-275 is 85 regardless of the posted speed. Anything less is considered downright SISSY. Oh, and don't even think of allowing more than one car length between your car and the guy in front of you, you're just giving someone the chance to cut you off!

TRUE. IF ANYONE IS DRIVING LESS THAN 80, THEY NEED TO MOVE OVER TO THE FAR RIGHT.

10. That attractive wrought iron on the windows and doors in Detroit is NOT ornamental. DO NOT get out of your car to take pictures.

IF YOU ARE EVEN IN A NEIGHBORHOOD THAT HAS WROUGHT IRON ON THE WINDOWS AND DOORS, YOU'LL BE HEARING PIT BULLS BARKING AND SEE BURNT OUT CARS IN FRONT OF THE HOUSE. ALL I CAN SAY IS 'WTF IS THE MATTER WITH YOU?'

11. Never stare at the driver of the car with the bumper sticker that says "Keep honking, I'm reloading", he/she most likely is.

12. If you are in the left lane, and only going 70 in a 60 mph zone, people are not waving because they are so friendly. I would suggest you move over quickly, duck, or both.

VERY TRUE. I LIVE AT THAT INTERSECTION!

ONLY SOME ASSHOLE OUT OF TOWNER CALLS IT M-10.

THAT'S TRUE. ESPECIALLY ON THE LODGE (NOT THE M-10)

16. If someone tells you It's on Outer Drive, you better hope you have a map.

WHY WOULD ANYONE BE DRIVING DOWN OUTER DRIVE? LOL! 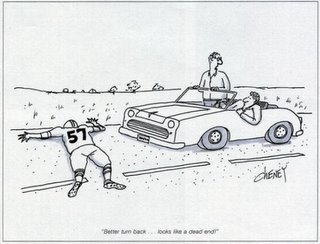 OW you have gone left.

TRUE. THEY ARE A WONDERFUL THING. LOL!

I HAVE NO IDEA WHAT THE HELL THIS IS? I DROVE ON TELEGRAPH TODAY AND DIDN'T SEE ANY ARCHES! LOL!


Thought for today: Football combines the two worst things about America: it is violence punctuated by committee meetings. ~George F. Will

I know this is blasphemy, but I hate the Super Bowl. I watched the first couple, way back in the sixties, just like I watched the first American Idol, but I just don't waste my time on stuff like that anymore. Super Bowl Sunday is a great time. There is virtually no one on the roads, so I like to go out and drive to Krispy Kreme. As I say, I have the roads pretty much to myself. I know some people live for the Super Bowl. I live for college basketball. My team, NC State, plays tomorrow at 2:00. That is the game I will watch. We're having a pretty good year. Then tomorrow night I might check the score on the SB occasionally, but if I watch TV at all, which I probably won't, I have some episodes of Regis and Kelly, and Everybody loves Raymond recorded which I will watch instead. I love to laugh.