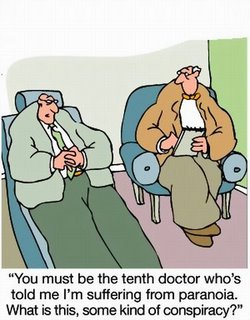 Since I’ve already done at least a half-dozen posts on Christmas, and the rest of the week will also be Christmas posts, its time for a little break. My shopping is done. Most of the wrapping is done. I’m not cooking this year (w00t!) and if the kids don’t clean the house, it won’t get done. Christmas is on Sunday this year, so I don’t have to work; therefore, no weird schedule planning. This Christmas will be relaxed at my house, in comparison, say, to the year I spent all night at the emergency room then had to hurry up the gift opening so I could make it to work. Anyway, thats neither here nor there. What I meant to say was that the non-Christmas links are piling up, and these are the ones worth sharing.

I would HATE to be a contributor to THIS list! The worst quiz answers ever.

I Am Bored has a page from the Ministry of Health and Social Affairs where you can see how magazine photos are retouched. They took a perfectly pretty girl and made her look like a cover model via the magic of computer retouching. You can see details of the many changes by clicking the “retouch site” button.

Winners of the National Wildlife Federation Photo Contest. These pictures are amazing AND beautiful.

A cross between a panda and a dog? Don’t you believe it, but he sure is cute!

What viruses do YOU suffer from? Take the test and find out!

Virtual Stan. When you are lonely and ... desperate.

Guess the Dictator or Television Sitcom Character is more fun than you may think. YOU don’t guess, the GAME guesses the character or dictator you’ve chosen. Stay in character, and don’t forget who you are supposed to be. This is a little like those Guess your Age or Weight things at the carnival. If they talk to you long enough, they will guess correctly, but the game is to make it difficult. Also, just like a carnival, you don’t win anything worth having.

Creepy, weird ad featuring a disembodied arm. Would this make you want to buy anything? Me neither.

Check out The Wave Machine. Change the settings on the right side to find the grooviest display.

Dodge the Dot is a simple game similar to Red Square. It won't take up much of your time, unless you let it.

A haunting music video featuring images of Hurricane Katrina. This is damage that doesn’t just go away in a few months. (Thanks, Dawn!)

The Order of Brilliant Bloggers is now accepting December nominations for best blog and best post in several categories, the newest one being spiritual blogs. You can nominate someone by leaving a comment before the end of the month. Voting will begin on January first. This is a way to give new and/or underhyped blogs some exposure, and expand your own reading list. 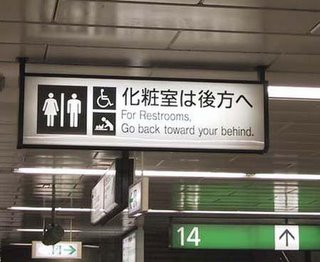 A man in a hot air balloon realized he was lost. He reduced altitude, spotted a woman below and shouted, "Excuse me, can you help me? I promised a friend I would meet him an hour ago, but I don't know where I am."

The woman below replied, "You're in a hot air balloon hovering approximately 30 feet above the ground. You're between 40 and 41 degrees north latitude and between 59 and 60 degrees west longitude."

"You must be in Information Technology," said the balloonist.

"Well," answered the balloonist, "everything you told me is, technically correct, but I've no idea what to make of your information, and the fact is I'm still lost. Frankly, you've not been much help at all. If anything, you've delayed my trip."

The woman below responded, "You must be in Management."

"I am," replied The balloonist, "but how did you know?"

"Well," said the woman, "you don't know where you are or where you're going. You have risen to where you are, due to a large quantity of hot air. You made a promise, which you've no idea how to keep, and you expect people beneath you to solve your problems. The fact is you are in exactly the same position you were in before we met, but now, somehow, it's my fault."

They predicted wrongly, but not too far off. I am the older of two. But it struck me as weird that the first ideal career for me would be radio announcer, since thats what I’ve done for more than half my life!


THE BEST OF MERGED BOOKS! (Thanks, Ken!)

"Machiavelli's The Little Prince" - Antoine de Saint-Exupery's classic children's tale as presented by Machiavelli. The whimsy of human nature is embodied in many delightful and intriguing characters, all of whom are executed.

"Green Eggs and Hamlet" - Would you kill him in his bed? Thrust a dagger through his head? I would not, could not, kill the King. I could not do that evil thing. I would not wed this girl, you see. Now get her to a nunnery. 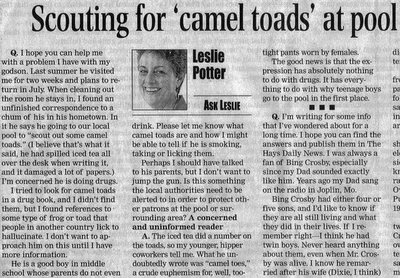 "Fahrenheit 451 of the Vanities" - An '80s yuppie is denied books. He does not object, or even notice.

"Where's Walden?"- Alas, the challenge of locating Henry David Thoreau in each richly-detaile d drawing loses its appeal when it quickly becomes clear that he is always in the woods.

"Rikki-Kon-Tiki-Tavi"- Thor Heyerdahl recounts his attempt to prove Rudyard Kipling's theory that the mongoose first came to India on a raft from Polynesia.

"The Maltese Faulkner" - Is the black bird a tortured symbol of Sam's struggles with race and family? Does it signify his decay of soul along with the soul of the Old South? Is it merely a crow, mocking his attempts to understand? Or is it worth a cool mil?

"Looking for Mr. Godot"- A young woman waits for Mr. Right to enter her life. She has a loooooong wait. 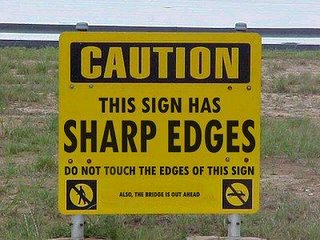 "Lorna Dune" - An English farmer, Paul Atreides, falls for the daughter of a notorious rival clan, the Harkonnens, and pursues a career as a giant worm jockey in order to impress her.

"The Remains of the Day of the Jackal" - A formal English butler puts his loyalty to his employer above all else, until he is persuaded to join a plot to assassinate Charles deGaulle.

"The Invisible Man of La Mancha"- Don Quixote discovers a mysterious elixir which renders him invisible. He proceeds to go on a mad rampage of corruption and terror, attacking innocent people in the streets and all the while singing "To fight the Invisible Man!" until he is fi nally stopped by a windmill.

"Singing in the Black Rain"- A gang of vicious Japanese druglords beat the sh*t out of Gene Kelly.

"Fiddlemarch" - Emotionally dessicated medievalist Dr. Casaubon is transformed when everyone in the town reveals that they are Jewish and start to dance and sing a lot.

"Of Three Blind Mice and Men" - Burgess Meredith has his limbs hacked off by a psychopathic farmer's wife. Did you ever see such a sight in your life?

"Planet of the Grapes of Wrath" - Astronaut lands on mysterious planet, only to discover that it is his very own home planet of Earth, which has been taken over by the Joads, a race of dirt-poor corn farmers who miraculously developed rudimentary technology and evolved the ability to speak after exposure to nuclear radiation.

"Paradise Lost in Space"- Satan, Moloch, and Belial are sentenced to spend eternity in a flying saucer with a goofy robot, an evil scientist, and 2 annoying children.

"The Exorstentialist" - Camus psychological thriller about a priest who casts out a demon by convincing it that there's really no purpose to what it's doing.

"A Time To Kill A Mockingbird": The Alabama KKK, outraged at Atticus Finch (Gregory Peck) for defending a black man in an Alabama rape trial, get revenge by abducting and molesting Scout. Jake Brigance (Matthew McConaughey) and his lovely law student assistant Ellen Roark (Sandra Bullock) arrive from Mississippi to take over defending the case for t

he distraught Finch, and later defend sharpshooter Finch for taking revenge on the KKK members.

If you’ve mde it this far down, you need to see this.

Thought for today: The problem with the gene pool is that there is no lifeguard.

WOW! What a generation gap! Do you think the columnist actually understands what the, um, toes are?? I doubt it. Hoo hoo.

Whoops! I neglected to credit Wulfweard where I lifted the camel toads. Funny stuff there!

yo batch how u doin?