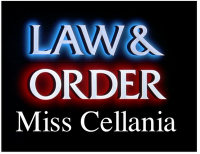 Find out the winners of the 2012 Academy Awards, and read what they said that was worth remembering. But most important, see what they wore.

Even more interesting, the annual Razzie Awards were bestowed on the worst films of 2011. The film that won the night was so bad, it got 12 nominations in ten categories.

Harvey Weinstein made the documentary Bully in hopes that it would be used as an educational tool in schools. So of course the MPAA gave it an R rating.

How the Biblical view of abortion has changed over the last 30 years. (via Metafilter)

Fanfare is a simple but cute online toy in which you can turn each instrument on and off with just a click. (via the Presurfer)

The 5 Weirdest Reasons We Have Sex (According to Science).

What will happen if the state takes control of human reproduction? The world of science fiction can give us some frightening scenarios. (via Boing Boing)

Teller Reveals His Secrets. Magicians use their knowledge of perception, attention, and human nature to create illusions, but that doesn't ruin the magic.

Siberia's Altai Mountains are beautiful and wild and hard to live in. So instead, you can look at some fascinating photos.