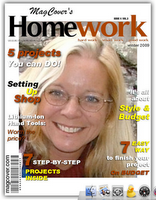 Dirty Campaigning in the Roaring Twenties: Herbert Hoover vs. Al Smith. Mudslinging is nothing new, not that that makes it any more pleasant.

The First Black American Sea Captain. As a slave, Robert Smalls stole a ship right under the Conferederates' noses.

A 4-year-old Pekingese won Best in Show at this year's Westminster Kennel Club Dog Show. Catch up on 11 Things You Didn’t Know About the Pekingese.

Singer Chris Brown is on top of the world, with a new Grammy and Rhianna's forgiveness for beating her to a pulp three years ago. Fame and fortune tends to blind fans to flaws that shouldn't be covered up.

The University of Manitoba has programmed a robot to -wait for it- play hockey! The humanoid, named Jennifer, can hit a puck, but may need some help with its skating skills.

Seven Incredible Tank Graveyards. If they're not in working order, they're left where they die because they're too heavy to haul home.

5 Innovative Ways to Encourage Safer Sex. Whatever works, even if it doesn't make much sense on the surface.

Photos of Carnival in Lucerne, Switzerland might give you nightmares. Or it might make you want to book tickets!

Court records show that Chicago is the most corrupt city in the U.S. Los Angeles and New York follow.

The top-selling DVDs of 2012 (so far) tell us something like people don't want to buy DVDs anymore. Unless they involve sparkly vampires.


The new Jatech car door doesn't just open, but completely disappears underneath the car. No more door dings, no more getting blocked in, and no more slamming!