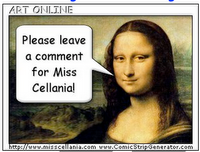 The fan film that just about all Star Wars nerds wish they had made: Bye Bye Jar Jar. Many would pay to see the character get his just deserts.

An honest movie trailer for the re-release of The Phantom Menace. “George Lucas defiles your childhood for the second time in a third dimension!”

Watch this Beer Bottle Excavator Trick. The Bobcat E50 excavator operator no longer has to fill out employment applications; he just sends the video link!

Artist Carl Turner shows you what it’s like to go hunting in a Dr. Seuss fantasy world. These trophy heads look fake enough to set you at ease, but real enough to bring back childhood memories.

8 Common Animal Misconceptions. C.G.P. Grey busts these myths in a hurry, so try to keep up.

The Top 100 First World Problems, at least from a young single guy’s point of view. “No room in the refrigerator” is the common problem I am grateful to have.

The producers of the film Abraham Lincoln: Vampire Hunter have released both a US trailer and an international trailer. For some reason, we expected a comedy, but the movie seems to take itself rather seriously.

Reverse Things is a video of various actions shows backwards, creating order from chaos. It looks like it was a lot of fun to produce, too.

Here are some pictures of cats who look like, dress like, or are possibly Photoshopped to resemble pandas. So you get two adorable critters in one!

Firefighters in Pennsylvania responded to a smokehouse fire and rescued 200 pounds of sausage. "This is definitely the best-smelling fire we've seen in a long time."

21 Vintage Cat Advertisements. Even a hundred years ago, advertisers knew what would catch your attention.

Joe has been digging a basement for seven years now, using his remote control trucks to remove the dirt. He's in no hurry to finish, since the "work" is so much fun.

Watch adorable but very real dogs re-enact the "spaghetti" scene from Lady and the Tramp. The scene was cute the first time around, but was redone to promote the movie's Blu-Ray release.

The University of Manitoba has programmed a robot to -wait for it- play hockey! The humanoid, named Jennifer, can hit a puck, but may need some help with its skating skills.
Posted by Miss Cellania at 2/16/2012 06:05:00 AM