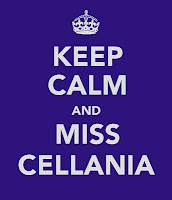 13 Women who Won an Academy Award by Playing a Hooker.

6 Movies That Inadvertently Remade Other Movies.

Allie Brosh's "Clean All the Things" comic panel took on a life of its own as a meme. Now artist Sam Spratt has made a terrifyingly hyperrealistic version, and shows us how he did it.

William Hughes snowboards down the French Alps at night wearing a suit covered with light-emitting diodes designed by John Spatcher. (via Metafilter)

Brave is Pixar’s first movie featuring a strong female heroine. And she’s a crack shot, as you’ll see in the new trailer.


Theo Gray, co-founder of Wolfram, talks about how his Periodic Table Table came about. Most of the elements are represented physically in the table table.