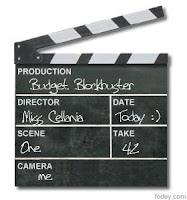 How Obama Set a Contraception Trap for the Right. Catholic and Evangelical opposition to birth control is not the issue they want to put in front of the public that depends on it.

Firefighters in Belgium are protesting changes to their retirement plans. Guess who gets the fire hose in this demonstration!

Greek digital artist Petros Vrellis made an interactive animated version of Vincent Van Gogh’s Starry Night. It even plays music when you touch it!

Is Loss of Animal Diversity Behind the Spread of Deadly Diseases? Botanists will tell you it makes perfect sense.

Watch the east coast of the U.S. as seen from the International Space Station. You can’t help but try to pick out certain cities.

Syrian activists are pleading for help to keep their government from killing its citizens. So far, no world power is in a hurry to step up to the plate.

We all knew the purported video of a woolly mammoth in Siberia was a hoax, but now it’s getting interesting. The documentary filmmaker who shot the original footage is upset that a paranormal investigator is claiming a copyright on the video.

In Germany, a 400-Year-Old Witchcraft Case Gets a Retrial. There may be evidence that postmistress Katharina Henot might not have been a witch after all!

6 surprising things social media can predict. If you can wrestle the data, it’s better (and probably cheaper) than taking a poll.

Can your feelings of love show up on an MRI scan? You betcha, especially if those emotions are made into a competition.

Whitney Houston's Road to Ruin. She may have had the voice of an angel, but an angel was not what she wanted to be.

A London man may have set a new world record for the heaviest living human. He weights 812 pounds; do you know anyone who can top that?