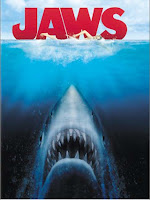 This weekend will mark 35 years since the movie Jaws made us all afraid to get in the water. Johnny Cat takes a look back at what a groundbreaking movie it was.

Whooping Cranes began to die out in the 1800s when Americans settled in their nesting grounds. By 1940, there were as few as 22 cranes left. Since then, a major effort has made some progress in saving the whoopers from extinction.

Mike Rowe wrote a letter to an Eagle Scout -or all Eagle Scouts, with some advice about life. Then he followed up a complaint from an offended Scout. (via Metafilter)

Have you ever dreamed of being attacked by a swarm of South African vuvuzelas? Those who are attending the World Cup games can't get away from them.

Our brains tell us where our hands are, but we must use our eyes to know what they look like. When our hands are out of sight, we really don't know them that well.

Paging Dr. Freud: 8 Unusual Mental Illnesses. Look through these and find out what's wrong with you, you hypochondriac!

Don Ritchie has spent fifty years trying to prevent suicides at the cliff top where he lives. He's managed to talk at least 160 people out of ending it all. (via Neatorama)
Posted by Miss Cellania at 6/17/2010 06:07:00 AM