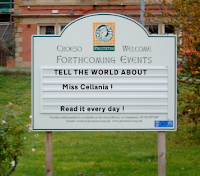 The Gulf oil spill may engender a sense of deja vu for folks of a certain age. You'd think we would have learned some lessons on how to deal with these things in the last 31 years.

11 Brain-Twisting Paradoxes. I could answer all of these if I had enough aspirin. (via Gorilla Mask)

Peter Sagal of NPR talks about his way cool job and researching people who don't want to be normal. Also find out how a political story he wrote became the Dirty Dancing sequel.

The Tragic Race to Be First to the South Pole. A museum exhibit shows us how Roald Amundsen and Robert F. Scott made their way to 90 degrees south 100 years ago.

How to make perfect fried chicken (which is pretty much the way I already do it). Unless you prefer testicles. (via Metafilter)

Day is Done. The story of how the bugle call we know as "Taps" came to be.

It took less than 12 hours for a new word appearing in an xkcd panel to be defined in a dictionary, which confuses the definition of a "real word". Personally, I am going to try to use malamanteau in a sentence today.

The 5 Most Badass Prison Escapes in the History of War. These took imagination, intelligence, and desperation. (via Gorilla Mask)
Posted by Miss Cellania at 6/02/2010 04:43:00 AM