A Bovine Gift from the Heart 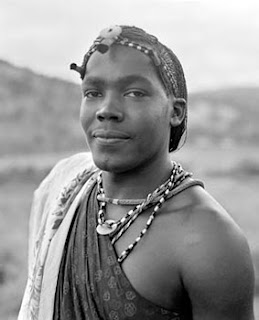 Last week we had seven cow tales, but here’s one that can’t be told in just a simple paragraph. The story of the Masai village of Enoosaen and their gift of cattle is a story you won’t forget. Wilson Kimel Naiyomah told the story of the World Trade Center to the people of his hometown. The villagers were horrified. They had trouble understanding how buildings were tall enough to cause death if one jumped from them, but they understood what 3,000 dead meant -that would be most of their village. The entire tribe anguished over the tragedy. They felt they had to do something to help the United States in their time of need. Read about it in this article I posted at mental_floss.
Posted by Miss Cellania at 6/29/2010 09:35:00 AM