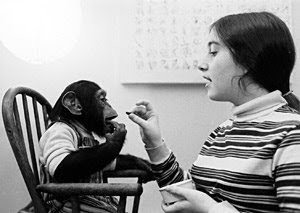 The sad story of Nim Chimpsky, the chimp who thought he was human. He was raised with humans only, until the funding ran out.

How dead is dead enough? Modern medical advances have blurred the line between life and death, so the criteria for defining death is somewhat arbitrary.

Ganvie, Benin: The Venice Of Africa. The town on the lake was settled to protect residents from slavery, as local religious tradition forbade attacking anyone on the water.

Why You Shouldn't Invest in Your Company's Stock.

John Mayer gets personal about his blog.

Only 13 people alive have pulled more than 2% in a US presidential election and lost. It’s a crushing defeat, but they say they would do it again.

Dean Kamen designed a new prosthetic arm that’s so awesome they named it after Luke Skywalker. If the DARPA grant is renewed, it will go to clinical trials soon.

Scientists at Newcastle University have created part-human, part-cow hybrid embryos for the first time in the UK. They were made from human skin cells and depleted bovine eggs for the purpose of extracting stem cells.