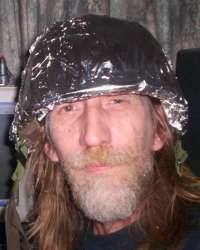 The EMD Safety Bracelet. It’s supposed to be an anti-hijacking device for airline passengers, but it most nearly resembles a pet-training aid.

9 Must See Sites For Coffee Addicts. (via Interesting Pile)

We’ve seen data turned into music, but what would music look like turned into mathematical data? Music Has Its Own Geometry.

12 Hacks That Will Amp Up Your Brainpower. When all is said and done, it’s the only real power we have.

A proposed hydroelectric dam on the Congo River in the Democratic Republic of Congo could double the electricity available in all of Africa. But some advocacy groups fear that it won’t benefit most citizens of Africa.

It took 4 million years of evolution to perfect the human foot, but we’re wrecking it with every step we take. An in-depth look at why barefoot is best.

Looks like Bill Gates will spend his retirement saving the world, but you knew that. Specifically, he may try to change the pharmaceutical business.

The Economic Causes of Monogamy. Since biology and much of history favor polygyny, it took some powerful forces for monogamy to become our custom.
Posted by Miss Cellania at 4/24/2008 10:48:00 AM