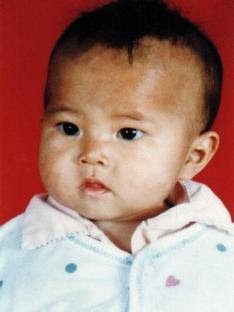 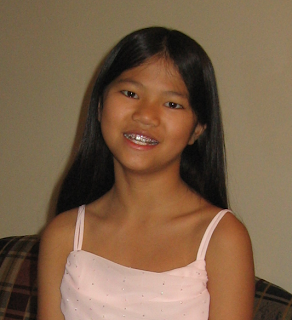 Today is Earth Day, but it's also my oldest daughter's birthday. She's eleven now. Where did the time go? Who took my baby and where did this young lady come from? Today is also the anniversary of another milestone in our family. On April 22nd, 1998, ten years ago, I first saw her picture. Her father and I had been waiting rather impatiently for it (and we had no internet connection then). We almost assaulted the mailman, then ceremoniously carried the envelope into the nursery to view it properly. I cried when I first saw her. Then we called our adoption agency and agreed to take her. We would've agreed earlier, but they won't take an official acceptance until the photo is viewed. So, for her first birthday, she received no party or cake, but she got parents!

Belated birthday wishes to your beloved daughter, Miss c. I wish you and your family all the best, you've made me smile through some hard times.