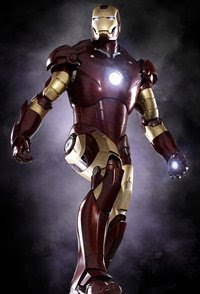 It takes a while for a great idea to go from imagination to actual use in the real world, but it happens a lot! Fictional gadgets from Iron Man, The Terminator, and Dick Tracy made real were in the news just this past week.

Embarrassing Moments in Engineering (and what they taught us).

First Frog Without Lungs Found. This Indonesian frog gets the oxygen it needs directly through its skin!

Cognitive dissonance and the Monty Hall Problem. Is there a fatal flaw behind door number one?

What if we could set up a system where spacecraft were in almost perpetual motion orbiting between Earth and Mars, using each planet’s gravity to sling it toward the other? We could send crews and supplies to Mars using a fraction of the fuel of a conventional mission.

How Asian doctors became white: a lesson on manipulating statistics. If the numbers don’t support your study on the underrepresentation of minorities, just redefine “minority”.

How to Shop Green. There’s a big difference between truly environmentally-friendly products and those who indulge in “greenwashing”, so you have to do your homework.

The dangers of smoking marijuana include the nasty things dealers add to increase the weight. A German hospital treated 29 cases of lead poisoning traced to pot.

Brain Scanners Can See Your Decisions Before You Make Them. Does one’s subconscious override free will? Cue the Twilight Zone music.
Posted by Miss Cellania at 4/14/2008 08:25:00 AM