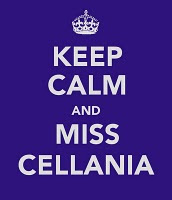 How Not to Market Science to Girls.

Are Republicans setting themselves up for a spectacular flameout? I think not, because most voters don't read the fine print.

The words "occupy" and "occupation" are used every day for both citizen protests and international operations. Do we really understand what they mean and what those words imply to people who've been "occupied"?

You know how the world is supposed to end on December 21, 2012? Now that it's getting close, it seems that the Maya calendar that prediction was based on was just misinterpreted.

How to compliment a girl the right way. Practice a little, and you could make someone very happy.

Chester Alan Arthur: The Underrated President With Three First Names. He has the distinction of being the "least known" of all the U.S. presidents.

American Airlines is filing for bankruptcy even though they are operating in the black. It's apparently a scheme to make their employees accept pay cuts. (via Breakfast Links)

5 Reasons Money Can Buy Happiness. Honestly, I can think of even more.
The 45 Most Powerful Images Of 2011. From natural disasters to citizen protests to legislation to war, it's been one eventful year.

Now that Herman Cain is out of the presidential race, some wonder if the whole campaign was a publicity stunt. He became a household name, and will probably sell a lot more books and speeches because of it.

At least one tech company is starting to phase out employee email, and instead will encourage instant messaging. It could be the first sign of impending email extinction. Or not.
Posted by Miss Cellania at 12/05/2011 05:46:00 AM