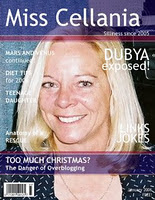 The Avengers was not filmed in 3D, but a 3D version will be produced with post-production effects. Just in case anyone wants to wear glasses and pay more to see the film, which not many people do anymore.

Astrophotographer Stephané Guisard created a time-lapse video of the comet Lovejoy over the Andes. If that doesn't make you feel small and awe-struck, I don't know what will.

Fields Awash with the Glow of a Thousand Lights. Bruce Munro art installation looks awesome in places all over the world.

Daredevil John Paul Stapp put his body through the wringer to test ways the transportation industry could be made safer. Along the way, he earned the nickname “The Fastest Man on Earth.”

8 Ways to Cross the English Channel (without a boat). Personally, I'd rather just ride along with someone else.

Gingrich, Perry, Bachmann, and Santorum Go Extreme on Abortion. Opposing abortion even in cases of rape and incest is theologically consistent, but may be too much for voters.

MIT Developed a Suit That Makes You Feel 75 Years Old. Its purpose is to make you young whippersnappers aware of how really difficult it is to physically deal with a world that routinely ignores the aging.

Growing wealth widens distance between lawmakers and constituents.
Posted by Miss Cellania at 12/30/2011 05:59:00 AM