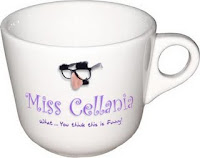 Forbidden Island, U.S.A. All these Hawaiian islands are yours to enjoy, except Niihau: Attempt no landing there.

The 99% Declaration. Anyone who says the protesting portion of the U.S. has no specific goals should read carefully. Everyone should.

A 13-year-old boy disturbs class by burping: what do you do? Call the police and have him hauled off in handcuffs, of course!

Cheerleading is supposed to be the most dangerous school sport there is. You'll believe it after watching a "flyer" from LSU wearing a Go-Pro camera during stunts.

The 'disturbing' effects of war on military dogs. Some are coming home with canine PTSD, which can be treated, but might not be cured.

The Origins of Credit Cards, Checks, Coins and Bills. Learn more about the money you don't have enough of.

Woman Gets Jail For Food-Stamp Fraud; Wall Street Fraudsters Get Bailouts. (via TYWKIWDBI)

Angelina Jolie Directs a Film About the Bosnian War. A journalist who was there when it happened has high hopes for Blood and Honey.

Yes, you can determine a person's personality by the way he smells. At least some traits come right out of your pores.

Forbidden Island, U.S.A. All these Hawaiian islands are yours to enjoy, except Niihau: Attempt no landing there.

When Apes Adopt Cats as Cuddly Pets. Because who doesn't like having a cat?