Where Led Zeppelin Music Came From 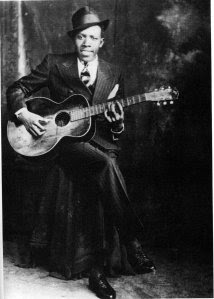 The group Led Zeppelin has copyrights on quite a few songs that were recorded much earlier. Other songs they never filed for copyright, but credited to themselves instead of the composer. And still others were properly credited, but you may not know about the original. You might recognize these earlier versions, or if you don't, you might enjoy them anyway, in a collection of videos I posted at mental_floss.