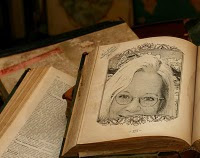 The Great Moon Hoax. No, not Apollo, the more interesting story from 1835.

Larry Marten wanted to build a coffin for his father as one last gift. Making the finely-crafted coffin, complete with parts saved from his father’s life, was easy compared to negotiating the bureaucracy involved in burying the dead. (via Boing Boing)

Ten Royal Weddings to Remember. May Prince William and Kate Middleton be blessed with a marriage far less interesting than these.

10 Things You Didn't Know About IKEA.

10 Things Wrong With the MPAA Rating System. (via Interesting Pile)

In the 1920s, architect Hermann Soergel had a wild idea to build a dam across the Strait of Gibraltar, drain water into the Sahara Desert, and form lots of new land in the Mediterranean basin to colonize. (via io9)

The 5 Biggest Backfires in the History of Disaster Relief. Our attempts to intervene are like pouring salt on Mother Nature’s wounds.

Disney is updating the hitchhiking ghosts in the Haunted Mansion using state-of-the-art technology. They’ll be doing more than just hitchhiking with you!

Why is a curveball so hard to hit? It may be the optical illusion or it may be the curve …or both.

5 Massive Screw-Ups in Paleontology. What else can you expect from a science that involves a fair amount of guessing?

The tree named Ochroma pyramidale is better known as the balsa tree, from which we get lightweight wood. But its flowers are more valuable to many species in Panama, because they bloom at night during the dry season and fill and refill with sweet nectar.
Posted by Miss Cellania at 4/26/2011 06:04:00 AM