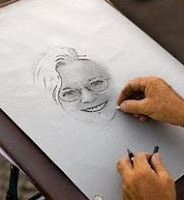 My cat Biscuit now has his own blog. It's an advice column for cats, curated by my daughter.

The 10 Most Inexplicable Fictional Games. They started out existing only in literature or media, and the authors never dreamed that people would actually play them. (via Gorilla Mask)

The Complete History of SNL‘s Celebrity Jeopardy. Includes 14 giggle-inducing videos dating back to 1996.

A self-sufficient dog plays fetch with himself. Soon, the “auto-dog” will be in every household!

The Petticoat 5: a computer specifically designed for women. From the British comedy TV series Look Around You.

Maddox created an entire blog as an April Fool joke and filled it with annoying things bloggers do. He received a lot of mail from people who took it seriously, including some who liked it. (via Urlesque)

At the police academy, they teach you how to kick in doors. Sometimes it doesn’t work at all like you’d expect.

Pop Tart Cat! He spreads rainbows everywhere and leaves behind an indestructible earworm.
Posted by Miss Cellania at 4/15/2011 05:10:00 AM