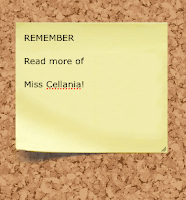 The early work of Jim Henson included various puppets who evolved into Kermit, and advertising campaigns for all kinds of products. (via Metafilter)

The Human Lake. Just as the ecosystem of a lake contains many species adapted to their niches, the human body contains a delicate balance of all kinds of life forms.

7 Basic Things You Won’t Believe You’re All Doing Wrong. Except, of course, not everyone does them the same way. NSFW text. (via Gorilla Mask)

Man vs. Volcano. Get up close and personal with an active volcano in the Democratic Republic of Congo. ﻿

Scientists and Their Belly Button Biomes. (via Carl Zimmer)

In 1997, a volcanic eruption buried Plymouth on the isle of Montserrat under several feet of ash, rock, and lava. The town was completely abandoned, and here are 40 pictures of what’s left.

Drink Making Unit 2.0 pumps microcontroled amounts of ingredients from six flasks into your cocktail glass while lights flash and mouths drop. Tell me how proud you would be to have this contraption in your home.

6 Things You Probably Don’t Know About Oil. In an age where knowledge is power, we need to know all we can about oil.

What You Didn’t Know About the Lincoln Assassination. The real story has enough plot points to fuel several films, but as fiction they would be critiqued as “unbelievable.”

Jean-François Rauzier makes huge high-resolution pictures with amazing attention to detail. Hyperphotos are his way of combining “infinitely big and infinitely small things in one same image.” (via J-Walk Blog)
Posted by Miss Cellania at 4/08/2011 06:07:00 AM