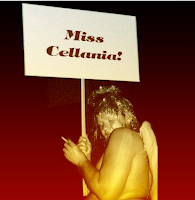 Best of a Normal Day. This two-minute video is quite impressive, but I hear the outtakes were 5 hours long.

6 Awesome Beer Festivals in the United States. (via Breakfast Links)

The Seven Most Stubborn People in History. (via Gorilla Mask)

The 10 Strangest, Most Terrifying Creatures Ever Found. They're mostly gross and explainable, but go look if you want.

You’re probably familiar with the ballerina optical illusion, but how distracting is a spinning cat? Can you make it change direction?

The odds of one’s grandmother dying on a particular day are directly correlated with the approach of college exams. This holds true for up to six grandmothers per student.

Who will be the new voice of the AFLAC duck? Here are a few that are auditioning for the job.

How many internet memes are incorporated in this music video? All of them! But you won’t catch them all the first time around. (via Laughing Squid)

Funny or Die recruited everyone in Hollywood for the sequel to When Harry Met Sally -except Meg Ryan. This movie stars Helen Mirren and includes an unexpected twist. NSFW language.