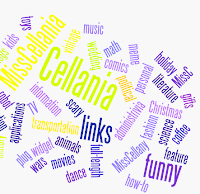 Miles per Gallon or Gallons per Mile? “The relationship between the amount of gas consumed by a vehicle and its MPG rating isn’t linear … it’s curvilinear.”

Architect Ricardo Bofill bought an abandoned cement factory in Barcelona and converted it to use as his business offices, creative studio, and home. He spent two years remodeling it into an inspiring and overwhelmingly spacious headquarters. (via b3ta)

75 Abandoned Theaters From Around The USA.

When Good Food Goes Bad. Do not read while eating.

Like mom always said, beauty is as beauty does. (via Buzzfeed)

Minnesotastan, who I believe lives in Minnesota, noticed his birch tree was dripping sap after being trimmed. So he did what you would expect: he collected it in a bag, researched it, gave it a taste test, and blogged about it.

Ray Cats, Artificial Moons and the Atomic Priesthood: How the Government Plans to Protect Our Nuclear Waste.

To Get Parole, Have Your Case Heard Right After Lunch. A study of judges and parole hearings points to mental fatigue as one of the “completely extraneous variables” that can affect a person’s trip through the legal system.

When the Blind Can Suddenly See, Do They Know What They’re Looking At? The centuries-old question is finally resolved by controlled studies of modern cases of restored sight.

The Origins of Your Favorite Condiments. I’m just glad my ketchup has tomatoes instead of anchovies!

Dispelling the Hollywood Myth that All Men Age Better than Their Female Contemporaries.

A report on Gabriella Giffords’ recovery. The congresswoman was shot in the head three months ago, and may attend the liftoff of the space shuttle Endeavor with her husband on board.
Posted by Miss Cellania at 4/14/2011 05:47:00 AM