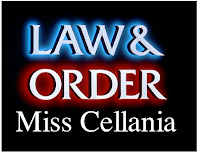 Judge Amanda Williams runs a particularly punitive drug court in Georgia -way beyond federal guidelines. This American Life looks at several cases that will break your heart. (via Metafilter)

Why You Should Care About Cricket. When one team commands a billion fans, there’s something special going on.

Our Amazing Planet -top to bottom. Its a big graphic for a deep subject.

6 Socially Conscious Actions That Only Look Like They Help.

How Slavery Really Ended in America. An argument of logic and law determined how the Union Army would handle a case of slaves who approached them for asylum. (via Metafilter)

“Build a better mousetrap, and the world will beat a path to your door” is an old saw, but it’s also literally true. Nicholas Jackson writes in The Atlantic about various mousetrap designs and how they represent the entrepreneurial spirit. (via Look at This)

The 6 Most Bizarre Medical Hoaxes People Actually Believed. The preposterousness of these cases vary; just because people can fake an illness well doesn’t mean a woman can give birth to rabbits.

Holiday Inn, Dial Soap & Other Famous Not-So-American Brands. Maybe they started out American, but foreign investment made them truly global.