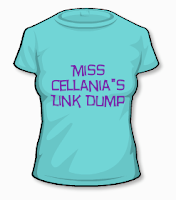 Germans obsessively listing all their possessions for hundreds of years may sound like the set-up for a joke. Except they really did it, and now computers are crunching those lists to get a picture of the history of consumerism and commerce.

Plesiosaurs, the Beautiful Bottom-Feeders. New evidence tells us about the diet of this prehistoric sea monster with a record 35 neck vertebrae.

The Anatomy of a Hard Drive. Bill Hammock, the Engineer Guy, years up a hard drive and explains how it works in a way even I can understand.

The 7 Greatest (True) Johnny Depp Stories Ever Told. It’s not that he does cool things, but whatever he does becomes defined as “cool.” (via Buzzfeed)

10 Ways Our Minds Warp Time. All I can say for sure is that time flies the fastest when you are watching children grow up.

A gallery of incredible spiders. They are talented, resourceful, and able to reduce a large human to a quivering ball of jelly by just being seen.

The Strange Politics of Street Renaming. It may be a controversial way to hand out paybacks, but it’s cheaper than granting contracts or erecting buildings.
Posted by Miss Cellania at 6/10/2011 05:46:00 AM