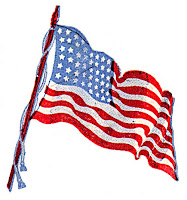 6 Stripes for Flag Day. That is, six stories about American flags you’ll be glad to know about.

5 Musicians Who Had to Relearn Their Craft.

In 1958, authors Raymond Chandler and Ian Fleming sat down for a conversation recorded by the BBC. It’s 25 minutes long, but a treasure for literary thriller fans. (via Metafilter)

An update on congresswoman Gabrielle Giffords’ recovery has the first pictures published of her since she was shot in January. Despite how good she looks, doctors say she still has far to go.

The strange and wonderful world of ancient trees. They’ve seen thousands of years of history pass while they stand silent and just survive.

Researchers Build a Living Laser. Human kidney cells with green fluorescent protein made the light which was amplified by mirrors -but of course it wasn’t that easy.

The Unsung Heroes of Biscuit Embossing. In American, that means cookies, like Oreos, and a lot more interesting backstory than you’d think. (via Metafilter)

How to be a good GREAT teacher. Some basic encouragement to those of the class of 2011 who are charged with educating future classes.
Posted by Miss Cellania at 6/14/2011 05:03:00 AM