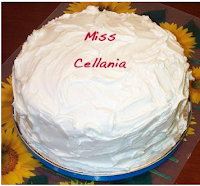 The Search for Cleopatra. She was the world’s first celebrity, but we still don’t know where she was buried.

Imagine a 200-foot tall clock designed to tick once every year and last for 10,000 years. You don’t have to imagine it, since they are building it under a mountain in Texas. (via Laughing Squid)

10 Notable Staircases. They are all so different, yet you would kill to have any of them in your home.

The Man in the Mask. How professional wrestling (as we know it) got its start.

AOL Hell: An AOL Content Slave Speaks Out. (via Metafilter)

Why Seeing (The Unexpected) Is Often Not Believing. An ongoing experiment in inattentional blindness sheds light on a case of police brutality. (via Boing Boing)

5 Soldiers Whose Horrific Injuries Only Made Them Angry. Although true, these stories all sound like Monty Python’s Black Knight sketch. NSFW text.

Your Body, Your Choice. You can apply that philosophy to a number of activities, many of which will draw an argument.