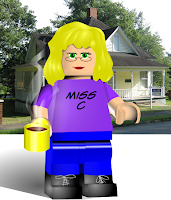 Georgia's new law HB-87 has driven so many illegal immigrants out of the state that no one is left willing to pick the crops. Millions of dollars in fruit and vegetables may rot as the farmers cannot afford to offer decent wages. (via Boing Boing)

To celebrate the summer solstice, the citizens of Poznan, Poland traditionally release floating lanterns into the sky. This year, they launched a record 8,000 of them.

Anyone for Tennis? 7 Wimbledon Questions Answered. And then you’ll enjoy the games all that much more.

In 1956, Ed Sullivan broadcast the animated film A Short Vision on his prime time variety show. The controversial film illustrated a nuclear attack and was never forgotten by those who saw it that night. (via Metafilter)

When ‘Hair’ Came To Memphis. In 1970, staging the counterculture musical in the South was a life-changing event, as you’ll see in the hour-long documentary.

Louis Gonzalez III was arrested for raping, beating, and burning his ex-girlfriend over a child custody battle. Despite proof that he didn’t do it, he spent 83 days in solitary and $55,000 in legal costs, and his accuser stands by her story. (via Metafilter)