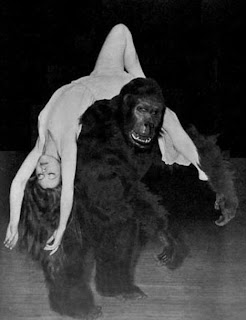 Hollywood loves gorillas. They are mysterious and scary, yet close enough to human for an actor to play one. Many actors and special effects pros have portrayed gorillas at one time or another in movies such as Gorillas in the Mist or the Planet of the Apes series, but some became particularly known for being “the guy in the gorilla suit.” At first, the only requirement for a star gorilla was that one own a gorilla suit. As the competition heated up, these guys had to bring something special to their roles. Read about ten of them in this article I wrote for mental_floss.