Happy Anniversary to the Neighborhood! 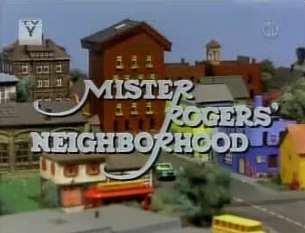 The first broadcast of Misterogers' Neighborhood was on the National Educational Television network on February 19, 1968. When NET ceased broadcasting in 1970, the series moved to PBS. The show would be renamed to its more-familiar three word title, Mister Rogers' Neighborhood, in 1971.


In honor of the occasion, here are some Mister Rogers links:

15 Reasons Mister Rogers Was the Best Neighbor Ever.

Mister Rogers addresses the US Senate in 1969.