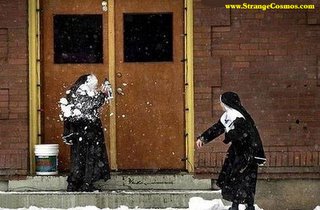 The child who must be dragged out of bed by the hair on a school day came running through the house at 7AM yelling “It snowed! It SNOWED! Mama, there’s SNOW! Sissy, wake up wake up!” I had to giggle. She’s been waiting for this. We never got enough snow last year to build a snowman, although we normally have several good snows. Right now, there’s a few inches of clumpy wet snow, great for snowballs but not cold enough to affect the roads.

This is the perfect time for snow. Its the weekend, I don’t have to work or schlep them around to daycare or school, we have enough dry firewood on the porch, plus chips and donuts and cocoa. And the best part is that the kids are old enough to play in the snow without supervision! I can stay snug inside, surfing the net and grabbing some delightful silence. That is, in between episodes of “In or out! Shut the door! I’m not paying to heat the great outdoors!” 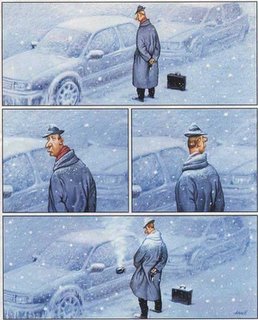 How about some snow links?

Video of a man who has to scrape his car. Trust me, the payoff is worth it.

Clear the parking lot with your snowplow in this Snowstorm game.

Or bounce penguins in Arctic Antics.

Snow can be a LOT of fun! Just watch.

As a Pennsylvania trucker stops for a red light, a blonde catches up. She jumps out of her car, runs up to his truck, and knocks on the door. The trucker lowers the window, and she says, "Hi, my name is Heather, and you are losing some of your load!"

At the third red light, the same thing happens again. All out of breath, the blonde gets out of ! her car, runs up, knocks on the truck door. The trucker lowers the window. Again she says, "Hi, my name is Heather, 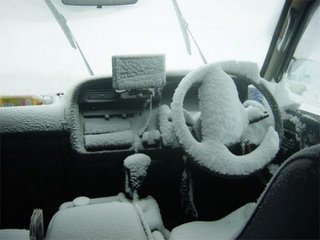 and you are losing some of your load!"

When the light turns green the trucker revs up and races to the next light. When he stops this time, he hurriedly gets out of the truck, and runs back to the blonde. He knocks on her window, and as she lowers it, he says, "Hi, my name is Kevin, it's winter in Pennsylvania and I'm driving the SALT TRUCK!"
(Thanks, Eva!)

Lets have a snowball fight!
And another!
Here’s another thats kind of mindless, but at least I figured it out quickly. 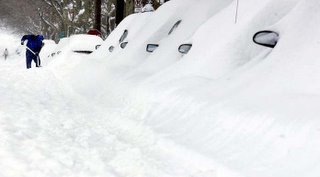 We have all had bad dates, but this takes the cake. This was on the "Tonight Show" with Jay Leno. Jay went into the audience to find the most embarrassing first date that a woman ever had. The winner described her worst first date experience. There was absolutely no question as to why her tale took the prize!

Marilyn said it was midwinter... snowing and quite cold... and the guy had taken her skiing to Lake Arrowhead. It was a day trip (no overnight). No, not Marilyn. They were strangers, after all, and truly had never met before. The outing was fun but relatively uneventful until they were headed home late that afternoon. They were driving back down the mountain, when she gradually began to realize that she should not have had that extra latte.

They were about an hour away from anywhere with a rest room and in the middle of nowhere! Her companion suggested she try to hold it, which she did for awhile. Unfortunately, because of the heavy snow and slow going, there came a point where she told him that he had better stop and let her pee beside the road, or it would be the front seat of his car.

They stopped and she quickly crawled out beside the car, yanked her pants down and started. Unfortunately, in the deep snow she didn't have good footing, so she let her butt rest against the rear fender to steady herself. Her companion stood on the side of the car watching for traffic and indeed was a real gentleman and refrained from peeking. All she could think about was the relief she felt despite the rather embarrassing nature of the situation.

Upon finishing however, she soon became aware of another sensation. As she bent to pull up her pants, the young lady discovered her buttocks were firmly glued against the car's fender. Thoughts of tongues frozen to pump handles immediately came to mind as she attempted to disengage her flesh from the icy metal. It was quickly apparent that she had a brand new problem due to the extreme cold. Horrified by her plight and yet aware of t 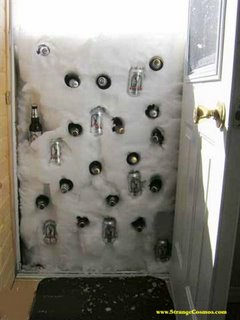 he humor she answered her date's concerns about "what was taking so long" with a reply that indeed, she was "freezing her butt off and needed some assistance!"

He came around the car as she tried to cover herself with her sweater and then, as she looked imploringly into his eyes, he burst out laughing. She too, got the giggles and when they finally managed to compose themselves, They assessed her dilemma. Obviously, as hysterical as the situation was, they also were faced with a real problem. Both agreed it would take something hot to free her chilly cheeks from the grip of the icy metal! Thinking about what had gotten her into the predicament in the first place, both quickly realized that there was only one way to get her free. So, as she looked the other way, her first time date proceeded to unzip his pants and pee her butt off the fender.

As for the Tonight Show... she took the prize hands down... or perhaps that should be "pants down."

And you thought your first date was embarrassing. Jay Leno's comment: "This gives a whole new meaning to being 'pissed off'." 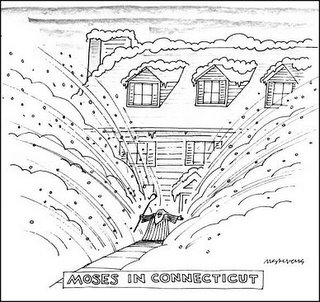 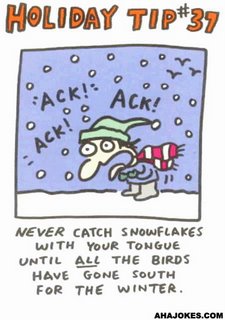 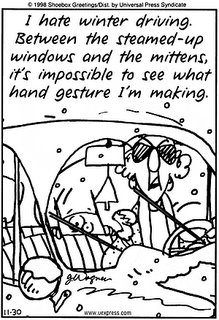 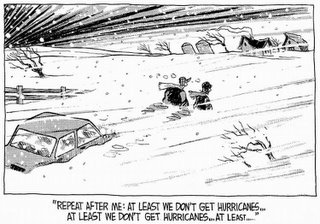 Thought for today: Half the fun is trying to guess how many inches we'll get!

Once again in this great(ahem) state I live in (Wisconsin) we had enormous amounts of snow in December then the weather turned mild and it's been cloudy ever since. We had a record setting 18 straight days of clouds and then one day of sun, we are now on day 5 of the second wave of sunless days, but I did see three robins in my backyard yesterday. Since they usually hail spring I'm a bit confused...LOL

The kids loved the beer fridge and ESPECIALLY the Scrape the Car video. I did have to explain the "we don't get hurricanes" cartoon, though. Sarah says, "But Mama, we get TORNADOES!!". Oh well.

Thanks for the family chuckle!

I miss snow, it barely snows in NY, more like ices, and then turns to gray slush. Last time I saw snow was Poland over new years, my girlfriend was pulling me down a street on a sled I stole from a 7 year old (ok so I bought it at a store), some guy walked by us with his girlfriend and said "you see, thats how it's supposed to be" at which point my girlfriend dropped the reigns, turned around and yelled "say that again, and I'll fucking kill you", I had to pull the sled the rest of the way myself.

I hear it exists, but I've seen no evidence of it in recent memory. Send some to Texas and I'll believe it. ;)