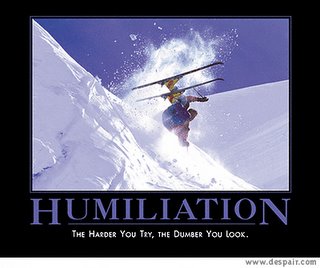 The Winter Olympics are upon us again, opening February 10th in Torino (Turin), Italy. You can get all kinds of Olympic information at the Winter Olympics Blog. Why are the Winter Games so popular? Its basically two weeks of skiing, skating, sledding, and shivering. The nature of ice and snow gives us a clue: we are all watching intently, waiting for someone to slip and fall.

Those who remember the opening sequence to ABC’s Wide World of Sports will remember Vinko Bogataj’s wipeout on the ski jump more than any other clip. It made “the agony of defeat” a catchword that lives on long after the show ended. Its the banana peel effect.

This cartoon illustrates how we just love it when things go wrong.

There always gonna be humor when you have athletes with names like Picabo.

Take your mouse hand down the fast track in this Luge Game. 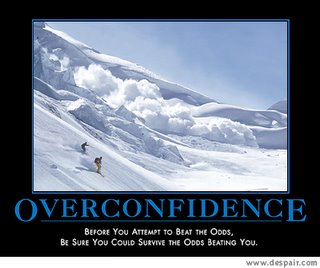 Curling. A cross between shuffleboard and, uh, slipping on ice. The last time someone asked me what my favorite sport was, I answered "curling". Thought it was cute.

In Dubai (its in the Middle east), snow skiing is done indoors. Doesn't THAT sound expensive! Sure. Remember, its a sultanate.

There are so many figure skating bloopers in this full-length music video Slide that I ached all over after watching it. This is the best illustration of why we watch the Winter Olympics.

Whatever happened to the Jamaican Bobsled Team?

Panorama photo entitled Snowboarding at the Winter Games in Aspen.

A collection of figure skating jokes.

To cut costs, there have been some experiments in combining winter sports with summer sports. So far, all these experimental sports have been dismal failures. See for yourself.
(click to enlarge) 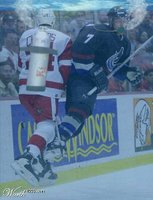 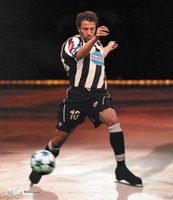 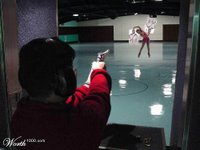 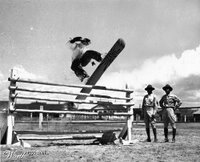 First, lay in a stock of your favorite beverage.

Then, turn on NBC and observe the following rules: 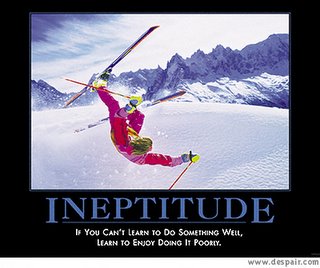 
A message for all the athletes from me!

Thought for today: Luge is the only sport where you can die during the event and still win.

The ostrich and the cow are amazing. And I know these are true stories because I was once married to that cow.