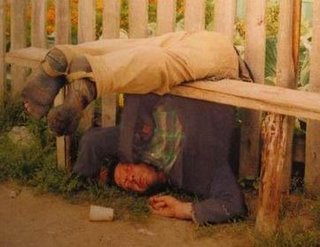 DISCLAIMER: This post does not advocate drinking. This post advocates laughing at things found on the internet! Personally, my drinking philosophy is what I’ve told my kids (to counteract the scare tactics they get at school and community programs in this recently dry area). Don’t drink if you are an alcoholic (meaning if you can’t limit yourself). Don’t drink if you are going to drive. Don’t drink if you are underage. If you drink alcohol, don’t drink too much. Sure, there are other things they need to learn about it, but those are the very basics. Meanwhile, while we are sober and surfing the net, here’s some of the many drinking jokes I’ve found.

You’ve had way too many, and I can’t understand that slurring. Ok, that’s clearer, but what do you MEAN? The Drunktionary.

Steer the Drunk and the Hangover Game.

How much DID you drink last night? The Blood-alcohol Calculator can tell you how drunk it made you.

Across the pond in Britain, they have all kinds of colorful terms for “drunk”: Pist (as a fart), Rat Arsed, Bladdered, Pickled, Piddled, Trashed, Legless, Brahms and Liszt (cockney rhyming slang for 'pist'), sloshed, sodden, stewed, boozed, plastered, potted, smashed, soused, stinking, zonked, drunk as a skunk and three sheets to the wind. These are all idioms for being drunk in England. (Thanks, Prydwen!) I'll have to remember those for the next time I'm drunk in England. Here are lots more terms for drunkeness.

Lots of humor can be found at Modern Drunkard Magazine.

Flaming shot video. Don't try this, at home or anywhere else.

How to drink vodka and stay sober.

What Flavor Martini Are You?

I didn’t even know martinis came in flavors. I thought they came in two flavors: vodka or gin.

Video of the process of drunk abuse. 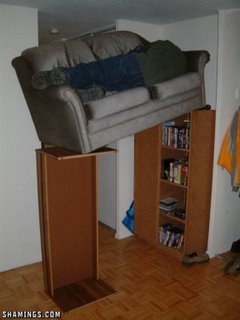 Do you really think the particleboard furniture will survive til morning? 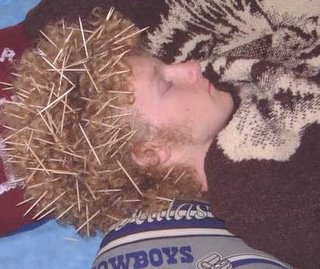 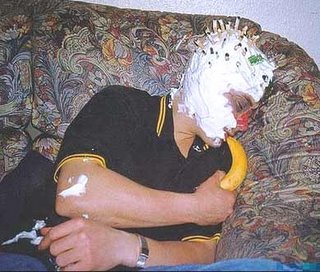 Someone's gonna have to clean that couch. Probably the landlord, after the eviction. 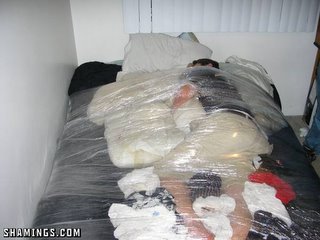 Ready for lading on flight 303 to Tibet. 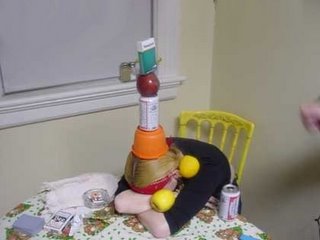 I have a sneaking suspicion there was Superglue unvolved. 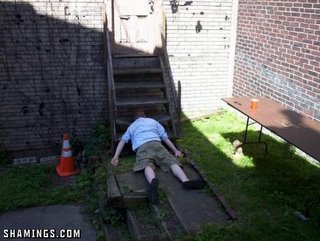 This he did to himself. 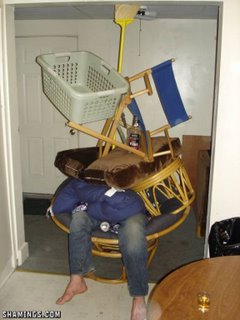 Aaak! The furniture is growing LEGS! 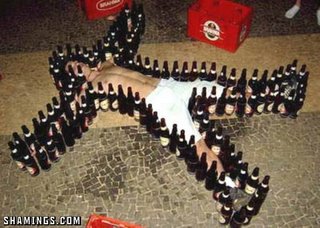 The cops won't even have to draw an outline. One snore and its dominos time! 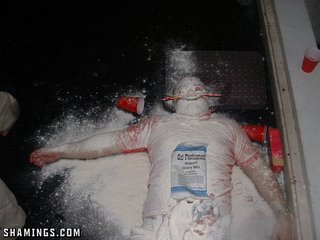 Next, the newspaper strips, and we'll have us a pinata! 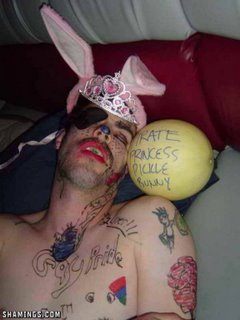 And the winner is... Pirate Princess Pickle Bunny!

A lady walks into a bar and sees a really good-looking guy sitting at the bar by himself. She goes over and asks him what he is drinking.

She thinks he's a little crazy, so she walks around the bar, but after realizing that there is no one else worth talking to, goes back to the man sitting at the bar and says, "That isn't really Magic Beer, is it?"

"Yes, I'll show you." He takes a drink of the beer, jumps out the window, flies around the building three times and comes back in the window.

The lady can't believe it: "I bet you can't do that again."

He takes another drink of beer, jumps out the window, flies around the building three times, and comes back in the window.

She is so amazed that she says she wants a Magic Beer, so the guy says to the bartender, "Give her one of what I'm having."

She gets her drink, takes a gulp of the beer, jumps out the window, plummets 30 stories, breaks every bone in her body, and dies. 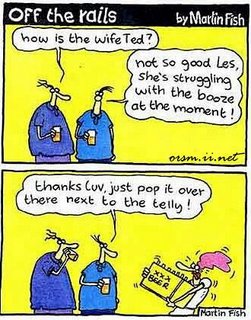 The bartender looks up at the guy and says, "You know, Superman, you're a real asshole when you're drunk.” (Thanks, Wendy!)

Thought for today: Starkle, starkle little twink, who da hell you are i think. I'm not as drunk as some thinkle peep I am. Besides I've only had tee martoonies and all day sober to Sunday up in. I fool so feelish, i don't know whos me yet, but the drunker I sit here, the longer I get.

Hey! I can see my own blog today! I deleted Tuesday's post... well, I just banished it back a year into the archives. There may have been a bug or something in it. I can partially load SOME google blogs, so it may be a gradual restoration of service. I hope so! Now testing commments.