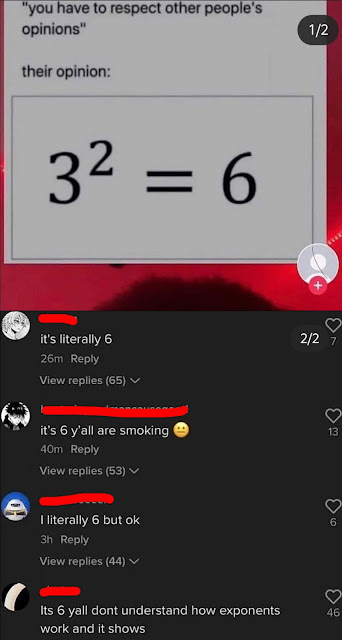 Speaking as a retired math teacher, this is discouraging...

Hilarious that you had to title it "It's Nine"

I'm terrible at math, and even I know the answer is nine. I weep for the intelligence of the American public.