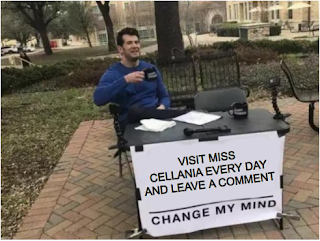 Adult Frog is Stimulated to Regrow a Lost Leg. They're not supposed to be able to do that. (via Real Clear Science)

Why is a typeface named Jim Crow?

An album made entirely of endangered bird sounds beat Taylor Swift on a top 50 chart. (via Supa Fluffy)

That Night the Roof Fell In. The biggest single-day disaster in the history of the District of Columbia occurred one hundred years ago, on January 28, 1922, but few even know about it today.

Believe it or not, the economy grew last year at the fastest pace since 1984. (via Fark)

G/O Media is eating itself. See what happened to The Root, The A.V. Club, Jezebel, Deadspin, and Splinter. (via Metafilter)

What is the countdown clock at xkcd for? Inquiring minds are trying to figure it out.

A blast from the past (2013): 3 Little Pigs and Their Military Service.

If you eat yourself, do you just get fatter
or simply disappear? Seriously, I feel for
the staffers at all those social media sites,
many of which I regularly visit. Includes
The Onion too, btw. Then there's this:

So is the problem G/O Media or the crappy
hedge fund Great Hill Partners which owns them?

Which is why I feel for the staff. Either way,
they're all a bunch of chum in a shark tank.

The economy grew story: Yeah, shut down the economy then slowly reopen; it can only go up.

Of course, inflation, average salaries going down, and empty shelves will cancel out the economic growth.