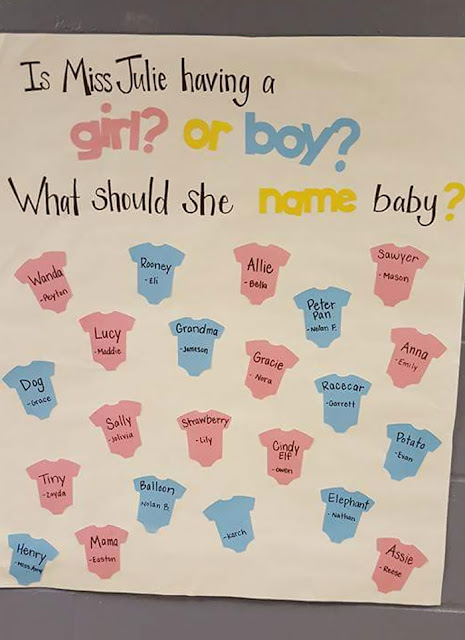 Some good name suggestions here, but I hate to see that gender colour nonsense being perpetuated in this day and age.

Is that American or British ?

Rooney is a famous English football player, but Mama and Racecar and more American, Brits would use Mumma and Racing Car.

I called my first rescue bunny Racing Car (I'm from British stock) because she would zoom around me when I came home from work. She was a little darling, used to lick my nose when I picked her up. She only lived for 8 years, sigh.

Pink and blue ! Our first two children were brought up without TV, without gendered toys ... we tried to ensure they were balanced and thoughtful kids, and we made sure they went to school reading and writing.
But they also had to socialise so they played with the neighbourhood kids ... it didn't take long for the girl child to start favouring dolls and the boy one started using a stick as a gun !

Peer pressure or just wanting to fit in, I don't know which, maybe they're the same thing.

But neither wore pink or blue more than the other and now their children have had the same lack of conditioning.

The colourisation of genders still exists, it runs deep in my friend Michael.
I have known him for over 40 years and most of that time he was a womanising, let's party, hard drinking man with an anger problem when drunk.

He finally came out and told his wife and his few close friends that he has always wanted to be a woman.

So here he is now, two years into a hormone treatment, his wife a bit upset but still loving him (Golly, there are about a thousand things to be sorted out there) and Michael (who has not settled on a feminine name as yet) has lost his anger issues but wow, you should have seen him smile with the most happiest grin ever when he bought a sparkly pink Nissan Note !

Ha, I drive a black Swedish car, I am quite happy with who I am.

But then again, so is Michael now.

Call me old-fashioned, call me out of touch with the times, but I winced when I saw that "Miss Julie" is having a baby.

Bill, her being called Miss Julie really has nothing to do with marital status. Preschoolers have problems saying "Mrs." and pronouncing many surnames, so this became kind of a thing for younger students.

On another note, I doubt if the kids or any of their parents really care about her marital status.

My daughter and her classmates call all their female teachers Miss. regardless of martial status. I always refer to them as Ms. So far no one has been offended (that I know of). 2000 miles and 45 years distant, all female teachers were called Mrs.

It's a wonderful world we live in today. A picture of a cute sign with some funny name suggestions doesn't bring forth a "Isn't that cute" comment. Rather, Ms Julie's choice of colors is criticized for promoting something or other regarding gender. And Ms Julie is lightly shamed for the possibility that an unmarried woman might be pregnant, never mind that 95% of teachers today use "Ms" rather than "Mrs."

BTW, the sign is from October of 2015 when Ms. Julie was about 5 months pregnant. Assuming that all is going well, Julie and her wife, Abby, will soon be celebrating their son's 6th birthday.

Did she name her son Potato? I was pulling for that one.

No, not potato or racecar or any of the other "unique" names.

I did not say that I was shaming her.  My comment comes from being raised in a different time – for example, 'pre-school' and out-sourced child care wasn't so much of a thing back in the late 1950s, since most of the families I was familiar with were single-income families with stay-at-home mothers – and with a different attitude to being intimate with someone than appears to be the norm today.  And over fifty years after having had 'the talk' with my parents, with my mother humorously remarking – although I could tell that she wasn't really joking – that she wanted to be a mother-in-law and a grandmother, and in that order (a pledge I willing took and faithfully observed, btw) it is my personal opinion that while things do change, the change is not always for the better.

^^That's why I said "lightly shamed." Anyway, Ms Julie was married, though she and her wife had to go to a neighboring state to obtain a marriage license as the state they resided in did not permit same-sex marriages.