The Truth Behind Big Ben 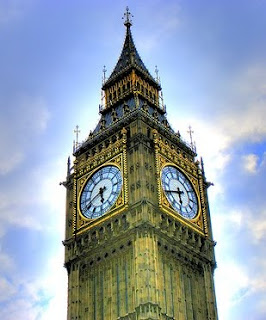 The nickname “Big Ben” is specifically for the clock’s hour bell (officially named the Great Bell), the largest of the five bells, but in common use also refers to the clock faces and the tower itself. I was once caught using the term incorrectly and made it a point to research the names of the bell, clock, tower, and building -and their history as well. You'll get all that in this article I wrote for Neatorama.