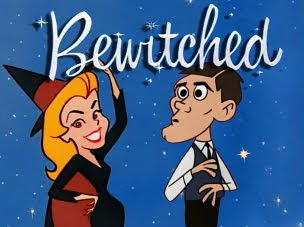 Bewitched was an American television series that ran from 1964 to 1972. The premise was that a witch (Samantha Stephens) married an advertising executive (Darrin Stephens), but in order to blend in with “mortals”, Samantha had to keep her supernatural powers secret. However, neither she nor Darrin could control her wacky relatives -particularly Samantha’s magically meddling mother Endora! In most episodes their cover was nearly blown, but the couple explained away the most ridiculous situations as a “demonstration” of a creative new advertising campaign. Learn some things you didn't know about the series in this article I wrote for Neatorama.