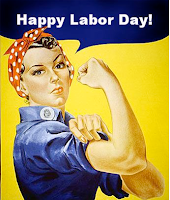 Go Where? Sex, Gender, and Toilets. What minimalist restroom signs say about how men and women are perceived. (via Metafilter)

Chemistry Lab Horror Stories. Read these and never be caught without your goggles again.

A set of high-resolution photographs of the people of World War II. These were our parents and grandparents, or folks just like them.

6 Famous Unsolved Mysteries (That Have Totally Been Solved). Because the common, logical, and accepted explanation doesn't make nearly as good a story.

Only the Creepiest Photos Ever Taken. Having a portrait made after death may give you the willies, but in Victorian times, it was often the only photographic record the person left behind.