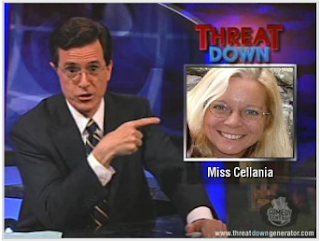 Hostage Drama Played Out By Fingers. A classic story, with no dialog, no text, no acting, and props that cost about a dollar total.

Never say no to a panda. These ads feature baffling music and an adorably cute panda inexplicably going off the deep end.

The pain of watching non-geeks use the computer. I live with five non-geeks. Pity me.

This long exposure of the aurora borealis will make you want to move to Norway. Except for the …uh, I really can’t think of any downside to going to Norway.

George Lucas Stole Chewbacca, But It’s Okay. The external origins of all the other Star Wars characters have been explored thoroughly; now it’s Chewie’s turn. (via Boing Boing)

Dictaphone Parcel. A running tape recorder is sent through the mail, and the journey is recreated in animation by using the sounds gathered along the way.

The 100 Worst Songs Ever (with audio). The fun part of lists like this is 1) recalling the songs you wanted to forget and 2) suggesting the songs the listmaker “forgot”. (via Gorilla Mask)

For your daily dose of cute, watch a hungry kitten eat and a turtle bully several house cats. Sometimes being small has its own power.
Posted by Miss Cellania at 9/28/2010 06:02:00 AM