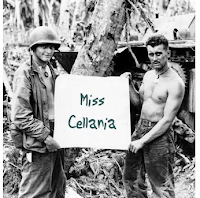 5 Fictional Stories You Were Taught in History Class. You have to admit they were good stories, which is why we remember them and pass them along.

The Open Road Wasn’t Quite Open to All. For three decades, The Negro Motorist Green Book: An International Travel Guide contained not necessarily the best restaurants and hotels, but the only ones available to African-Americans. (via Metafilter)

Reminder: 5 Things You Think Will Make You Happy (But Won’t). With a bonus section at the end about what will make you happy.

How Jon Stewart took a talent for recognizing the absurd and ran with it. He made The Daily Show his own as American politics became more absurd every day. (via The Daily What)﻿

The DTV Shredder is a badass military Segway-type machine that can carry 1,200 pounds over rough terrain. It will immediately go on millions of Christmas wish lists.

5 Sports Leagues That Didn’t Make It. For some reason, fans didn’t fill the arenas for roller hockey.

A secret corps of government photographers and filmmakers documented US nuclear testing in the 40s and 50s. The “atomic movie makers”, officially known as the Lookout Mountain Laboratory made at least 6,500 films. (via the Presurfer)

Everything is a Remix. The beginning of a four-part video series that looks at the nature of creativity, meaning pop music in this segment. (via Laughing Squid)
Posted by Miss Cellania at 9/17/2010 05:25:00 AM