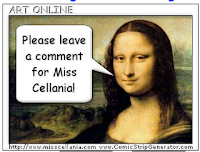 The perfect place to stay on a leisurely vacation or a romantic getaway: The Lizzie Borden Bed and Breakfast. Stacy Conradt visited so you don't have to ...unless you want to.

The oldest dinosaur fossil ever found dates back around 230 million years. But the fossils of around a dozen specimens of a new animal called Asilisaurus kongwe, or silesaur, found in Tanzania lead researchers to believe dinosaurs diverged from another evolutionary line around 243 million years ago.

Neat Facts About Alexander Graham Bell. Controversy about the invention of the telephone didn't stop him from inventing all kinds of other devices.

Can you place the nations of the Middle East on a map? Understanding what's going on over there is even harder than knowing where "over there" is.

Why Ad Blocking is devastating to the sites you love. A friend advised that I should run ads on my site, which I do but he didn't know because he has ad blocking!

The hierarchy of food needs and why poor people can be fat. Needy people understand nutrition as well as anyone, but that doesn't put food on the table.

DNA matching is not as cut and dried as CSI wold have us believe. How it is gathered, stored, analyzed, and interpreted often determines its accuracy as evidence. (via Metafilter)

Obsolete Occupations. People used to make an entire career out of jobs that no longer exist. I thought "radio announcer" would be on this list, but it's from NPR after all. (via Boing Boing)
Posted by Miss Cellania at 3/09/2010 05:28:00 AM