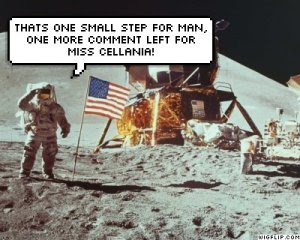 NASA has discovered what may be a trillion pounds of ice on the moon. Deposited in craters near the moon's north pole, it could be a substantial source of water.

6 Restless Corpses. These remains have been seen by way more people than their living bodies ever were.

Supervisors and managers of low-income workers see the unfairness in our economic system, but often don't have the power to change it. This sometimes leads them to the moral gray area of "economic disobedience". (via Metafilter)

Economist Daniel Johnson developed a usually-accurate formula for predicting how many medals each nation will win at the winter Olympics. His predictions for the Vancouver games were way off, especially for the US.

We Have Become a Spoiled, Obese, Expectant and Fearful People. (via Chris Tackett)

In Our Parents’ Bookshelves. You can learn a lot about a person by seeing what books they keep, but how can you start a conversation about someone's e-reader collection? (via Metafilter)

Our moods affect our thinking abilities in several ways. The research may explain why our greatest artists are often unhappy people.

When whales die a natural death, they store tons of carbon on the sea floor for centuries. Whale hunting over the past hundred years the same effects as destroying forests in contributing to climate change.
Posted by Miss Cellania at 3/05/2010 06:04:00 AM