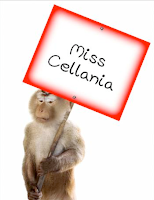 Parkinson's Law states that "Work Expands to the Time Allowed". I can vouch for the truth of it, but you'll still want to check out the particulars. (via Lifehacker)

The Full Story Of How Facebook Was Founded. Someone stealing your idea can hurt but also pay off handsomely years down the road. (via Metafilter)

The Women Airforce Service Pilots (WASPs) were a thousand volunteers who learned to fly during World War II because the US military was suffering from a shortage of pilots. Sixty-five years later they were finally honored with the Congressional Gold Medal.

In the opening sequence of the film The Hurt Locker, a soldier wears an explosive ordnance disposal (OED) suit pretty close to the spot where a bomb goes off. The manufacturer gives us the lowdown on how the suit protects a soldier from both shockwave and shrapnel. (via Unique Daily)

Lifestyles of the Rich and Famous …Criminals. Oh, they lived high on the hog, until they had to pay for that easy money.

Nella Cordelia: A Birth Story. Get your hanky out, because Kellie communicates conflicting and nuanced emotions in a way that will get you right here. Warning: sound. (via Metafilter)

A tragedy is caught on video and public curiosity inevitably follows. When open records laws invade a family's privacy, who has the right to control what goes on YouTube?

If you can’t move your face, can you still act with it? Hollywood is facing a dilemma of talented and experienced stars who have Botoxed away their ability to express emotion.
Posted by Miss Cellania at 3/15/2010 06:13:00 AM

Several features, including commenting, appear to be borked over at Misscellania.com. Might want to check that out.