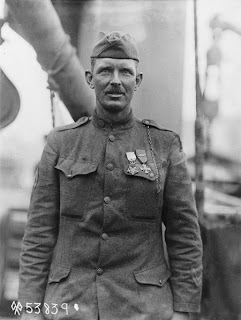 Sergeant York has been called “the greatest soldier in history” for his exploits during World War I. But Alvin York never set out to become a soldier, and he never wanted to fight a war or kill anyone. In fact, what he considered his greatest accomplishments came after all the glory of his war exploits. Others tend to disagree. He was a true hero. Read why in this article I wrote for mental_floss.
Posted by Miss Cellania at 9/15/2009 10:59:00 AM